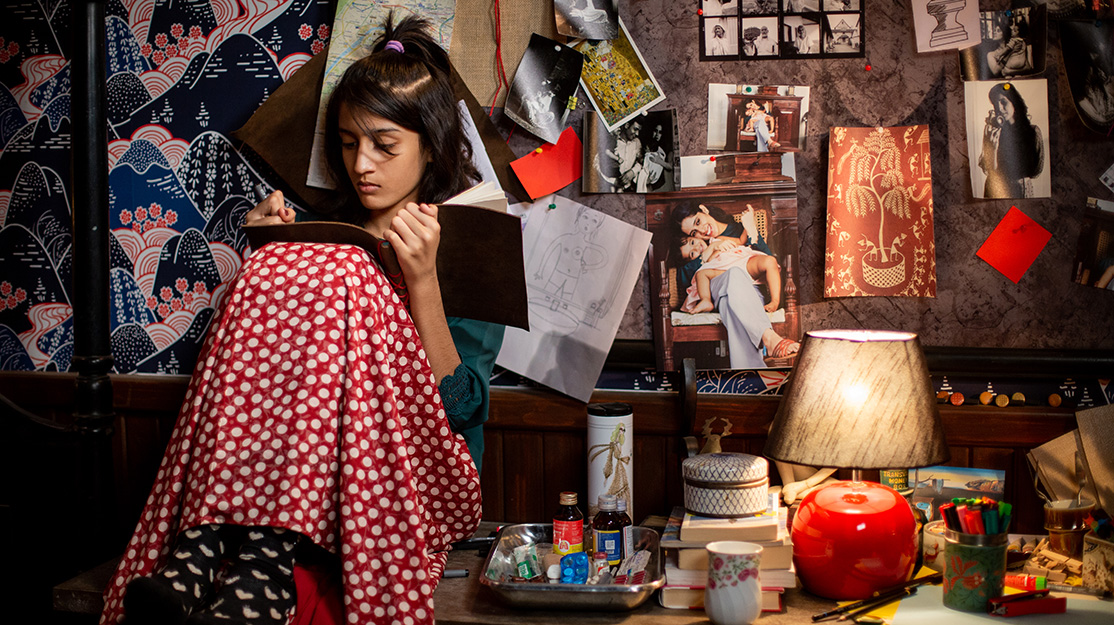 To mark International Women’s Day, DQ speaks to writer and director Alankrita Shrivastava about her Netflix drama Bombay Begums, in which she shines the spotlight on the lives of five women navigating life and the obstacles that stand in their way.

In the opening moments of Bombay Begums, a faceless narrator sets the scene for this six-part series that focuses on the mixed fortunes of five women tackling personal and professional crises in contemporary urban India.

“Some women are born to rule; we call them queens,” the voice says. “They bleed for their dreams and expect others to bleed for them. I’m not sure I want to be that kind of queen. I think I’d rather lead the rebellion.”

Set within the hustle and bustle of Mumbai – the west coast city formerly known as Bombay – the series introduces Rani, the new CEO of a bank where Fatima and Ayesha also work; Shai, Rani’s step-daughter; and Lily, a bar dancer and sex worker. Across multiple generations and exploring issues including wealth, class, love and motherhood, Bombay Begums brings together these women before highlighting the differences that mean they follow separate paths through life, all at the mercy of the place they call home.

Featuring a cast headed by Pooja Bhatt, Shahana Goswami, Amruta Subhash, Plabita Borthakur and Aadhya Anand, the Hindi- and English-language drama is written and directed by Alankrita Shrivastava (Made in Heaven).

“It’s basically a story of female ambition and the conflict in their lives,” Shrivastava tells DQ. “It’s also an exploration of what it means to be a woman and how the body is always a factor in a woman’s working life. All of them have interesting relationships with their own bodies. The youngest character is 13 so she’s not a working woman like the others, but she has her own story and her own angst. It’s digging deeper into what it means to be an urban working woman in a metropolitan city in India.”

Shrivastava says she has been struck by how women have changed since joining the corporate workforce in India as the country’s economy has opened up in the last two decades, noting how new pressures to excel in the workplace haven’t replaced the existing pressures they face at home to be the perfect wife or mother.

“There’s always this balancing act that women are supposed to do, which men are never expected to do. What that does to do a woman’s inner life is something I was very interested in exploring,” she says. “India is also one of the few countries where women have done quite well in the banking industry. Many women have headed banks, which is the reason I decided to put all these characters in a bank. I wanted to dig deeper into that.”

From the outset, Shrivastava seeks to portray the real experiences women like those on screen face every day, whether it is the challenging relationships they face at home or in the office. She also wanted to examine the moral code by which society makes women live, which often leads to conflicted moments where these characters make choices they know are wrong and could hurt themselves and others.

“The idea is just to see these women as they are. I feel it’s very real,” she says. “It’s a more candid and a much more intimate look at their lives. What happens often in the Indian context is there’s always this distance between the telling of the story and the intimacy of the character. I like to just be more intimate with the characters. You really see their lives as a whole.”

Early on, Bombay Begums – ‘begum’ is a word used to describe women of high status – also establishes how each character is affected by their own body. Lily (Amruta Subhash) is selling her body for money, Ayesha (Borthakur) is discovering her sexuality, Rani (Bhatt) is on the verge of menopause and Fatima (Goswami) discovers she cannot have children. Meanwhile, Shai (Anand) is about to begin puberty.

“For me, that’s an interesting element because I feel that for women, no matter what decision you’re taking, somehow the body always becomes a factor,” Shrivastava says. “Rani is a character who doesn’t accept that she’s actually perimenopausal. She’s always like, ‘No, the menopause is very far from me,’ even though she’s constantly getting hot flushes and things like that. But by the end, you see there is a certain sense of acceptance that, ‘OK, I am this age and this is what is happening to me.’

“They are all at different places when the season begins but, by the end, there’s definitely movement in terms of how they’re able to make decisions that better reflect the relationship they want to have with their bodies. Even Fatima lets go of that anger that she feels against herself because she can’t produce a child.”

Over the course of the six episodes, Rani becomes the connecting factor between the main characters, with Lily drawn into the group owing to an accident that leads to “an element of blackmail,” Shrivastava reveals. “They’re all connected through that and there is also an incident that happens midseason with Ayesha, which actually brings to the fore the differences that all of them have and how all of them are looking at that same incident quite differently. There are already clashes between them, of course, but that incident somehow brings it all out into the open and makes them question themselves.”

Shrivastava first began developing Bombay Begums in 2013, but it wasn’t until four years later that her agent in LA pitched the series to producer Chernin Entertainment. They developed the series together before the creator was contacted by Netflix to discuss a potential partnership as the streamer accelerated its expansion in India.

“They spoke to Chernin and somehow it all happened and it became a Netflix show,” she says of the series, which is also produced by Endemol Shine India and Endeavor Content. “Netflix has been a really great partner because, in India, it’s hard to tell strong female-led stories. It becomes very difficult finding financing and then finding distribution. I feel very fortunate that Netflix came on board and we could just start the show. Having a lot of female executives working on the show with me, they really have backed me, understood my decisions and helped shape the show.”

Taking up the role of showrunner, Shrivastava directs the series with Bornila Chatterjee from scripts written together with Chatterjee and Iti Agarwal. Showrunning was a natural step for Shrivastava, who had previously only directed material she had written herself, and she says showrunning became an instinctive process as she was so close to the material.

Writing and directing episodes of Amazon Prime’s Made in Heaven, a drama about two wedding planners, also gave Shrivastava some experience working in series, a rapidly expanding format thanks to the growing presence of global services like Amazon and Netflix in India.

“I had lived with the characters for a long time so I knew who they would be,” she notes. “It really helped that I had a very detailed bible, which I had developed earlier. It was a very comprehensive document so, by the time we actually got to writing the screenplays, everything was already there. For me, filmmaking is a very personal process. I feel like my material really does come from a very personal space.”

In filming the series in Mumbai, Shrivastava wanted the characters’ homes to reflect their personalities and their status in the city, adding a further layer of realism to the drama. In particular, scenes focusing on Lily were shot in a real chawl – a large block separated into many small, low-cost tenements, typical to western India.

“The first day we were shooting there it felt so tiny,” the director says. “But by the second day, I just felt that same small space expanded while we were living there. We tried to shoot a lot in real locations for the homes. Even with sound, I have tried to give a noisier feeling to Lily’s spaces than those for Ayesha, for example, to give a grade in terms of who’s more affluent and who’s where on the power structure, and to let everything reflect that.”

Production wasn’t affected by the Covid-19 pandemic, with filming completed by the first week of March last year. However, Shrivastava describes the post-production process as very lonely and surreal.

“It was just me and my screen really, as my editor and I were working remotely. It took a very long time because we were just doing everything remotely and it was all so new,” she says. “I didn’t go into any studio for the post-production of the show, which is so strange. Whether it’s the colour grading or the sound mixing, everything has been done with me and my laptop. It’s been quite an interesting experience.”

Eight years after she first conceived the idea behind Bombay Begums, which is released today to mark International Women’s Day, Shrivastava says she is passionate about telling women’s stories and particularly the stories of working women in India, which she feels haven’t been explored enough. In fact, the series was inspired by her own mother’s experience on a business management course where the women were significantly outnumbered by men.

“I hope that working women in India find themselves represented through this show because, otherwise, we always tend to show Indian women on screen where their main purpose is to just fall in love or to be happily married or whatever,” she says.

“If people can find pieces of themselves, pieces of their journey or something reflected in the story of these five women, I’ll be really happy. It’s nice to see stories break this stereotype of Indian women and see them like regular women across the world who have work issues to deal with on a day-to-day basis, along with everything else that goes on in their personal lives. I hope people from across the world can connect to these universal themes, even though the story is localised within Bombay.”