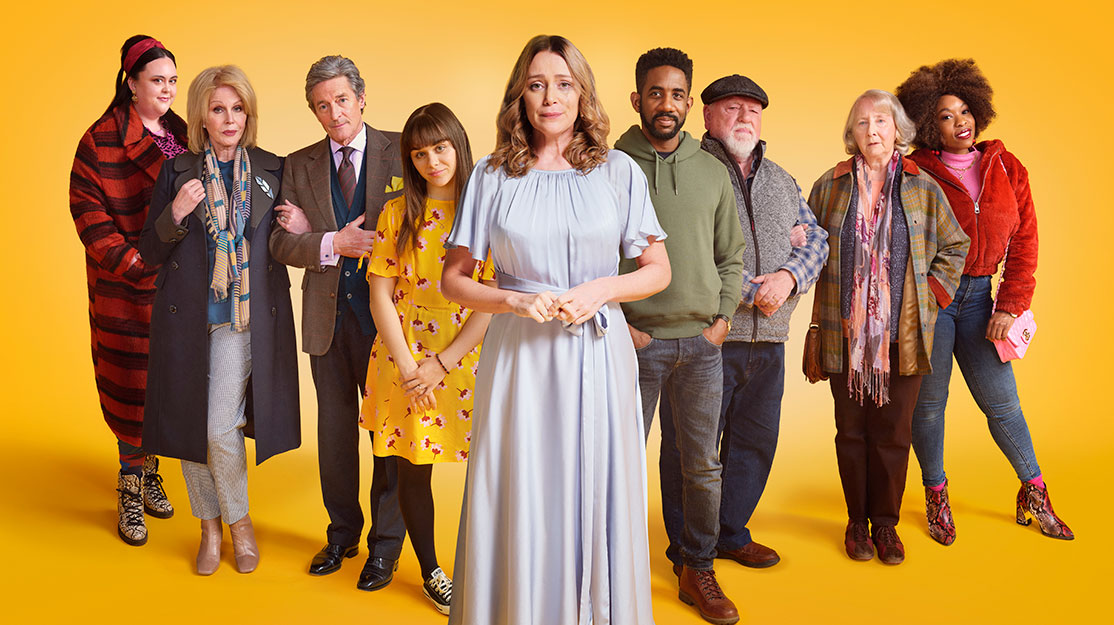 Keeley Hawes not only stars in almost every scene of her latest drama, Finding Alice, but worked behind the camera as a producer as well. Helming the new ITV primetime show in every sense might seem like a daunting prospect, but the actor says it’s actually less nerve-wracking than popping in and out of a series.

“I actually think it’s more difficult if you come and in and out of a show, going away for a couple of weeks and then coming back,” she says. “You have to overcome the usual nerves every time – at least that’s my experience.

“So it is actually a luxury to be in every scene. It happened when I was in The Durrells too, and it is sort of something you get used to; and when they are brilliant scenes, it is hardly an issue.”

It was while filming The Durrells in Corfu that Hawes, writer Simon Nye and director Roger Goldby came up with the idea of six-part Finding Alice. Like Hawes’ character Louisa in the hit period drama, Alice has been recently widowed – but this series could not be more contemporary. The show opens on the day Alice’s builder husband Harry has died after falling down the stairs of the uber-contemporary new dream home the pair and their daughter moved into earlier that day. The series then follows what unfolds as Harry’s death leaves a storm of secrets and mess Alice is forced to confront.

Built at West London Studios, the set is an extraordinary scene of the interior of a modern house, based in part on one found in Farnham, Surrey, which was used for the exteriors. Part of the humour derives from the fact that nothing is easy in the house, which is meant to be ‘smart’ – the curtains won’t open and Alice can’t find the fridge. The concrete stairs without a banister are at the heart of the story and the mystery of how Harry came to fall down them. They were deemed so dangerous in real life that every script contains a health and safety warning about them.

“Death is something that touches everybody’s lives and it felt like there was an abundance of feelings and emotions that we could touch on,” says Hawes of the unusual feel of the series. “Alice is a unique creation and I really hope people will relate to her and find something within her reaction to the grief that they recognise and that may help them.”

The series is a unique blend of serious and humorous, much like real life. “I think as humans we often seek the light, in any set of circumstances,” says Nye, who co-wrote the series with Goldby and also acts a producer through his company Genial Productions. “It can feel inappropriate to laugh when someone has died, but Alice does that because it is something that we all do. There are, of course, other versions of how people react when someone’s husband dies suddenly but we are hoping to show the normal version, which is people trying to find a way of coping.

“When the three of us did The Durrells together, we found we shared the same sense of humour. This is a story about a woman losing her husband before his time and it just felt like ripe territory for telling a story with bags of emotion.”

Hawes’ move into producing started when she was asked to become an executive producer on The Durrells. Following in the footsteps of actors including Reece Witherspoon, Natalie Portman and Margot Robbie, who have produced vehicles for themselves and other women, she started her own production company Buddy Club in 2019 with the determination “to put diversity and gender equality at the heart of what we do.”

“In the US it has become very normal, but less so over here,” Hawes says of actors stepping into production. “But I’ve been in this business since I was nine when I started at the Sylvia Young Theatre School and so I’ve been in it for 30-odd years. By the end of The Durrells, I felt very much part of the process and it was a massive learning curve that I really enjoyed and wanted to do more of.”

Hawes is one of TV’s biggest female stars and can also be seen this month on Channel 4’s It’s A Sin, about the HIV epidemic. She appreciates being one of the busiest women in the industry and doesn’t take it for granted, adding that for her it was a particular honour to make both Finding Alice and It’s A Sin alongside Red Productions’ Nicola Shindler, who is renowned for creating successful series led by women including Last Tango in Halifax, Happy Valley, Traces and Trust Me.

“I’m now getting lots of opportunities and I am also making opportunities for other women,” Hawes says. “It was about time for us to see more female-centred roles. Over the last 10 years, there has been more and more of an appetite for it. People have reached out to me and I have made things happen.

“We have tried to make this show as diverse and as gender-balanced as possible both in front of and behind the camera. We changed characters that were male to female. Things are changing – slowly – but you need to be proactive and that’s what I am trying to do. I have thoroughly enjoyed being part of the development process and am looking forward to doing more.”

Being a producer also allowed Hawes to name her dream cast – which meant Joanna Lumley playing her bossy and snobbish mother Sarah. “They said, ‘Give us five names,’ and Joanna was top of the list,” she says. “It was a dream, really, never thinking that we would actually ever get to work together. People have always said we are kind of similar, which is very flattering. She’s a brilliant actress and nobody does comedy like her.”

This was a particularly challenging shoot on which to be both producer and actor, as halfway through – two weeks into the second block in March last year – the entire UK closed down because of Covid-19. Filming started up again in July, with the series now launching on ITV this Sunday.

“The Covid experience sort of united everyone,” Hawes says after filming has finished. “When we came back to try to finish the show, there was a real sense of everyone being in it together and wanting to protect each other, for it to be as safe as possible.

“Being a producer meant that, like so many other producers across the board, we were dealing with a situation that no one had been in before. But I have to say it was a wholly positive experience and one that I have truly loved.”