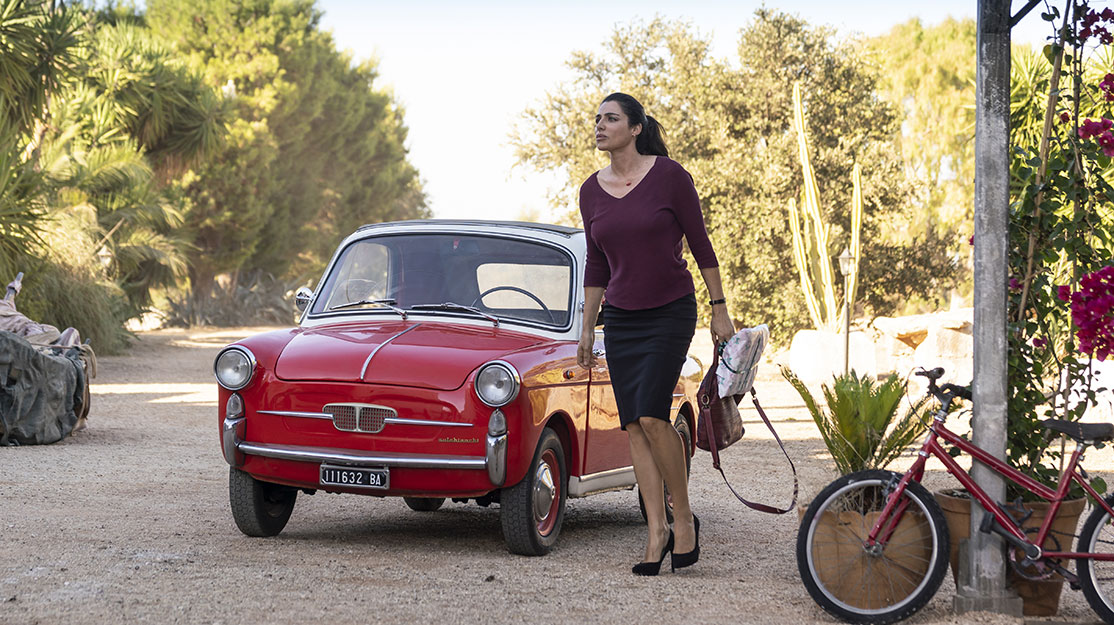 Star Luisa Ranieri and director Luca Miniero tell DQ about bringing Gabriella Genisi’s literary detective Lolita Lobosco to the screen in the Italian drama series of the same name and discuss filming in the wake of the Covid-19 pandemic.

In Italian detective drama Lolita Lobosco, Luisa Ranieri plays the titular character, the deputy commissioner of a police station in the southern city of Bari. The show follows Lolita as she utilises her exceptional skills and dedication to her job while overcoming her status as a single woman in a male-dominated workplace.

Known locally as Le indagini di Lolita Lobosco, the series is based on the novels by Gabriella Genisi and became a huge hit on national broadcaster Rai 1 when it debuted in February to more than seven million viewers, earning it a quick renewal. It is produced by Bibi Film & TV and Zocotoco, in collaboration with Rai Fiction, and distributed internationally by Raicom.

Here, Ranieri (Callas e Onassis, Letters to Juliet) and director Luca Miniero (Benvenuti al Nord) introduce the main character, discuss how they developed the series through Ranieri’s own production company and explain how they filmed the series in the wake of the Covid-19 pandemic in Italy.

Who is Lolita Lobosco?
Ranieri: Lolita is a deputy commissioner at the police station in Bari, her home town, where she has returned after a long period living in the north in Legnano. She is a contemporary woman who has made her own way and wears her femininity with healthy pride. She doesn’t pretend to be a man to get respect. She is a complex woman who has made choices dictated by her feelings, not what others have asked of her.

How did you join the project?
Miniero: I was involved with the producers, Angelo Barbagallo and Luca Zingaretti, who in different ways are great exponents of Italian cinema. Moreover, I had already worked with and had great respect for the very talented Luisa Ranieri. We met for dinner, filming was due to start three months later and I accepted immediately. But then hell began – one day before starting production, Italy closed down [due to the Covid-19 pandemic].

Ranieri: With our company, Zocotoco, my husband Luca Zingaretti and I are always looking for subjects and ideas that may interest us for television, cinema, theatre or anything else. We read a lot and we explore a lot in Italy and abroad. When we came across Gabriella Genisi’s novels, we immediately realised the potential for a TV story and we started from there.
Luca was the first to see Lolita’s potential and he immediately told me, ‘You have to do it.’ We had already worked together as actress and director in a play called The Deep Blue Sea, by Terence Rattigan, which we brought to Italy for the first time. We really enjoy working together; we manage to keep our personal and professional spheres separate, and together we benefit from each other’s deep knowledge and absolute trust. That’s no small thing.

Luisa, why were you drawn to the role?
Ranieri: I was immediately captivated by the story. Through her investigations, carried out from the height of her 12cm heels, we see a woman who does not need to look like a man in order to be authoritative. There is a detective story, but there is also irony in the personal life of this fascinating modern woman.

Why does Lolita Lobosco stand out as a character?
Miniero: The scriptwriters and Gabriella Genisi have told the story of a woman typical of Southern Italy today. A modern woman with a traditional family behind her, she has a contemporary lifestyle that is always in conflict with a more traditional femininity.
For example, Lolita has no children and this is not a problem for her. She is free but feminine, free but fragile, and sometimes she would like to be a woman with a simpler life who perhaps works in a bank instead of the police. Lolita is a woman in high heels with a gun; she is aggressive but insecure, and makes weakness her strength. Italians recognise themselves in her, especially Italian women.

How did you develop the series?
Miniero: I worked a lot on the character and tried to follow her in her victories but also in her defeats. When she didn’t lose, I made her lose. I did this work with screenwriters Massimo Gaudioso, Daniela Gambaro, Massimo Reale, creative producer Riccardo Ciancarelli and the producers Angelo Barbagallo and Luca Zingaretti. Obviously, the fundamental contribution was that of Luisa, who together with the Rai producers and the rest of us managed to build a memorable character. In short, Lolita really did take everyone’s cues to become a fully realised person, and maybe that’s why people like her so much.

Luisa, how did you prepare for the role?
Ranieri: I have read everything by Gabriella Genisi. When you think about how to play a character, you have to try to get to know them as much as possible, to imagine them in every occasion of life, from the most everyday little thing to the most complex. I immersed myself in the world of Lolita through Genisi’s pages.

Can you tell us about some of the cases and mysteries she solves through the series?
Ranieri: The cases are all very intriguing, but above all it is intriguing to see how Lolita manages to solve them. She has an ability to understand human emotions and motivations. She understands them like no one else on her team.

How does Lolita compare to some of the other characters you have played?
Ranieri: Lolita is a totally new character for me. I have never played such a modern woman. It’s hard to find common elements, except for the fact that in my career I have often played strong women who have made their mark in life and in history. They have never been banal or predictable characters.

Luca, where did you film the series?
Miniero: The settings are among the highlights of the series. We show an unseen Bari that is much more of a city than we usually see; a city projected towards the future with its feet firmly rooted in the past – just like Lolita.

What were the biggest challenges you faced in production?
Ranieri: Throwing myself into the pursuit of suspects in heels was quite a challenge, but one I found easy enough to cope with. Lolita was one of the first productions filmed in the pandemic. We locked ourselves in a hotel for weeks, isolated from our families and the rest of the world. Fortunately, a wonderful relationship was immediately established with all the cast and production team.

Luca, how did you manage the challenges of filming during the pandemic?
Miniero: Shooting during Covid was certainly tiring but we were happy to be back doing our job after suffering one of the hardest lockdowns in the world. We were the first production to start after the storm. There had already been 40,000 deaths and there would be 140,000 in the following months. [Our production] had very few cases, just two, thanks to the production team’s scrupulous observation of protocol.
As tiring as [the safety measures were], at least we were out of the house, which had seemed impossible two months earlier. There were moments of fear and sadness, but also of great emotion. All that we suffered on the set was nothing compared to what all Italians have gone through, including redundancies, illness and, unfortunately, deaths.

What was the response to the series in Italy?
Miniero: The series was a great success, with 7.5 million viewers and a 30% audience share. Lolita entered the hearts of Italians with her bags, her jewellery, her fears and her vertiginous heels. I believe that today, the story of the South and of Italy is spoiled by a dangerous image: that of trying to escape stereotypes by showing that the whole world is the same, modernist. I do not believe in this globalisation of feelings, and prefer to show a positive and beautiful South, different but not false. Southern Italy is unique, for better or worse, and its landscapes and characters are unique. I say this as a Southerner. The South is a way of life and here you cry twice – when you arrive and when you leave.

Why do you think the show may appeal to international viewers?
Miniero: International audiences can appreciate Lolita for the same reasons as Italian audiences: the new story, with ingredients from the past, of the South and of Italy, a character with whom it is easy to identify, an aspirational directing style and high-quality casting.
Apart from the excellent leading woman, who gave such a masterful performance that we cannot imagine Lolita without her eyes and her verve, many of the so-called minor characters are also memorable thanks to very good actors chosen after a long selection process. From Jacopo Cullin and Giovanni Ludeno [police officers Esposito and Forte respectively], to Lunetta Savino [Lolita’s mother Nunzia] and Filippo Scicchitano [journalist Danilo], Bianca Nappi [magistrate Marietta] and Camilla Diana [Caterina] and others, all the actors in this series are, in a word, amazing.

Luisa, what are you working on next?
Ranieri: We will certainly be working on a second series of Lolita given the record success with which it was received. Then there will be a film by Paolo Sorrentino in which I have a wonderful role, one of the best of my career. Other films and projects are also under consideration. This is a very beautiful period in my career.