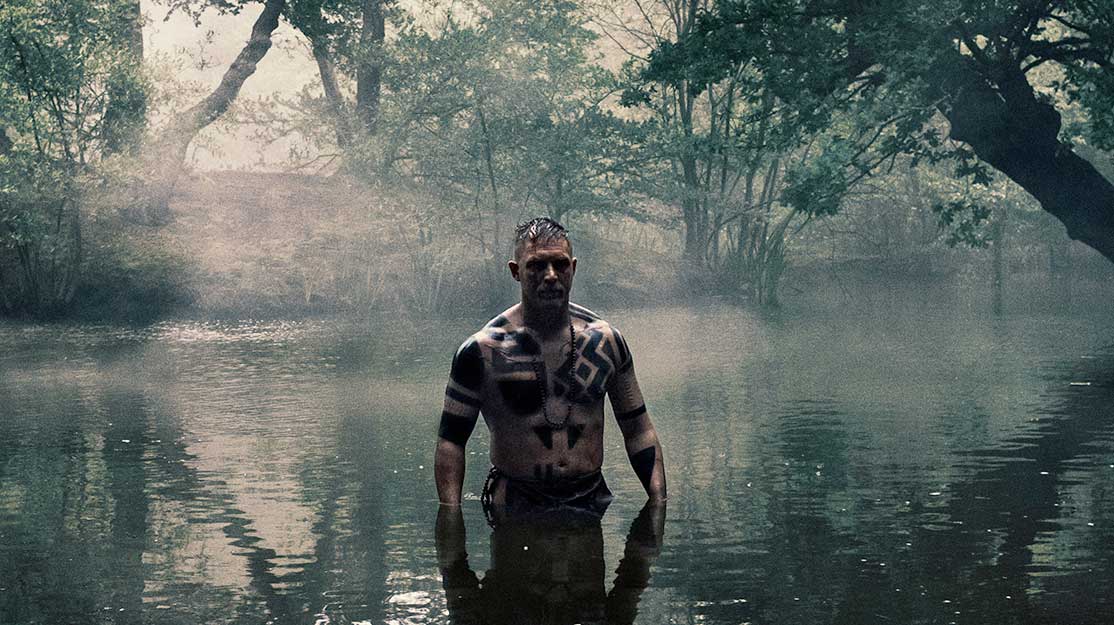 Best known for seminal Danish crime drama Forbrydelsen (The Killing), director Kristoffer Nyholm tells DQ why Tom Hardy-led thriller Taboo is like nothing ever seen on TV before.

Ever since Forbrydelsen (The Killing) became a worldwide sensation, Kristoffer Nyholm has become synonymous with the Danish crime drama. The director led the first two seasons of the series, shaping its dark, moody atmosphere and shining a new light on its Copenhagen setting.

But while directors are often household names in cinema, television continues to be considered a writers’ medium. It’s rare for a director to helm every episode of a small-screen series, with all the credit placed at the feet of the writer or showrunner whose fingerprints are indelibly inked across hours of storytelling.

Thanks to the iconic standing of The Killing, however, Nyholm can be considered among those directors whose names stand out from the crowd – and it’s the increasing importance of the role of director in television that he believes has led to the current slate of groundbreaking, ambitious drama being produced around the world.

“In the film business the main focus has always been on the director, and scriptwriting comes in second. So it’s important that a lot of new wonderful television series are bringing focus to the writer,” he explains. “But in order to develop the language of television, the director is an important part of that process because those scripts can be interpreted and filmed in many different ways.

“There’s a tendency now for fewer long-running series and more limited series, which means they can become more cinematic, and that’s clearly where good directors come in and become part of the development process. We’re in a place where there’s a hybrid between television and films – we’re only at the beginning of that process and it’s very exciting. But it’s very important that, at an early point, directors can be a part of a process where drama is created because the collaboration between writers and directors is underdeveloped and there is so much more to gain.”

Collaboration between the creative team was key on Nyholm’s latest television project, Taboo, an eight-part series starring Tom Hardy that debuts on BBC1 on January 7. It launches stateside on cable channel FX on January 10.

Set in 1814, the story follows James Keziah Delaney (Hardy), a man who has been to the ends of the earth and comes back irrevocably changed. Believed to be long dead, he returns home to London from Africa to inherit what is left of his father’s shipping empire and rebuild a life for himself.

But his father’s legacy is a poisoned chalice and, with enemies lurking in every dark corner, James must navigate increasingly complex territories to avoid his own death sentence. Encircled by conspiracy, murder and betrayal, a dark family mystery unfolds in a combustible tale of love and treachery.

Hardy is also an executive producer along with writer Steven Knight, Ridley Scott, Kate Crowe and Dean Baker. Scott Free London and Hardy Son & Baker produce for BBC1 and US cable network FX, with Sonar Entertainment distributing the series worldwide outside the UK.

Nyholm first met with Hardy and the producers last summer and says he was inspired to join the series by the actor, for whom Taboo is a passion project co-created with his father Chips Hardy and Knight.

“I loved the first two scripts,” Nyholm says, “and Tom told me about his motivation for the series – he wanted to make a story about looking at historic London as a barbaric place at a time some consider to be the cradle of the modern world we know today.

“In a way, it’s a coming-of-age story – a fusion of understanding your own life and understanding the world you’re born into, and that idea to connect those psychological, emotional depths in a character, together with his awareness of the political system, was really exciting and a new way of making a drama.

“Tom put words to this main character and then said, ‘We don’t know exactly where we’re going but, if you want to go on this ride, we would really love to have you with us.’ That was very exciting – and he said if it breaks down, I hope we can say we tried. I thought this artistic, brave commitment was something that I felt strongly for and that Tom had really thought about this. It was a very inspiring meeting that set off the whole thing.”

Nyholm joined the project at such an early stage that the series was yet to be cast or crewed. But that allowed him to become an integral part of the creative team, helping to bring Hardy’s vision to life around the central character he would play himself.

“He takes a very big responsibility,” the director says of the Hollywood star. “Like a Renaissance man, he cares about all the elements and he’s very open in the process. He’s also a very kind person, a gentleman, so that was a big inspiration. Part of the story came from him so he was like having an extra page of the script.”

A tattoo-covered Hardy dominates the screen every time he appears – in fact, he’s rarely out of shot – while the captivating sets bring the hustle and bustle of 19th century London to life. Helming the first four episodes, Nyholm worked closely with director of photography Mark Patten to bring an unconventional shooting style to the production, one that let the actors do their job as the cameras recorded them unobtrusively.

“We kept things open in many ways so when we came into a new set, we didn’t just go and do the classical setups – big picture, two cross-angled close-ups and maybe a little travelling. Instead, we made it a priority to stay in a certain angle to capture a mood or, if there was something very characteristic in a scene like a big fireplace, we’d say every shot will have the fireplace in the picture. This is the magnet of the scene and we’ll go around that. Sometimes people would walk out of picture and we’d just leave them there.

“Steven wrote some really wonderful scripts – but he’s not loyal to one genre in one episode, he would go from one to another. So when you think this is really a high-paced drama, suddenly it’s very different, it’s a man on an expedition searching for something, and now it’s a love story. He would switch moods very often, which means we would also be very open to the scenes and try to not fit them into a system.”

With only very quick rehearsals for each scene – “I don’t like to empty the bottle” – the director prefers to shoot just three or four takes before moving on. “There’s a truth in the acting and you want to protect that,” he explains. “It’s a very subtle thing but that’s the main part of my work, that’s what I love doing. They don’t have to act exactly how I want them to act, because they’re the actors. They have a feeling for what they want to do but I have to respond as a person watching and, for me, it’s like watching something truthful for the first time and it has to work for me as well. I love actors – it would be strange not to, but it’s a sacred moment when they do their work and I feel privileged to be close to that process.”

Nyholm might call himself an actor’s director, choosing to use his time on set with his cast – which also includes Michael Kelly, Jonathan Pryce, Oona Chaplin, Franka Potente, Stephen Graham and Tom Hollander – instead of fretting over “the small things that aren’t important.” And as a result, there wasn’t a day on set when he wasn’t happy with what they had produced, despite some other challenges.

“There were some days that were more tough than others, of course, because we also work physically, under the influence of weather and sometimes things that technically were more difficult. We had to do a lot of work with limited time and with a lot of locations, so there was a lot of moving around and setups in places we hadn’t been before. We had a crew that very quickly found a way of moving into a spot and knowing what was important and what was not important – that was a big thing.”

Nyholm is currently in pre-production for his next project, feature film Keepers, but admits he now feels at home working across Europe, particularly in England. Other credits include Inspector Morse prequel Endeavour and European crime drama Jo.

“When I work in England, I feel at home and it’s close to Denmark,” he adds. “The big thing is the world is becoming smaller and working as I do today would have been much more difficult 15 years ago. My world has become much bigger and I really enjoy being in England. Hopefully I’ll do more.”