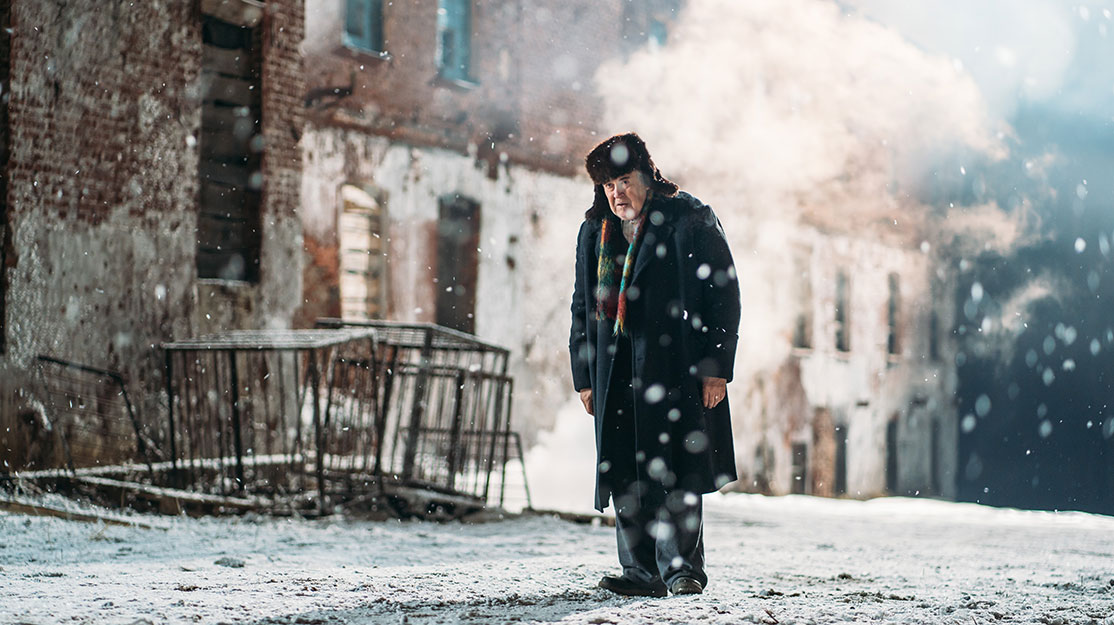 The Vampires of Midland creator Alexey Akimov and Daria Bondarenko, exec VP of sales and acquisitions for Russian streamer Start, take DQ inside this gothic story of an ordinary family harbouring a dark secret.

Blending elements of fantasy, detective drama and comedy, Russian series The Vampires of Midland introduces an unremarkable family living a quiet life – except for the fact they drink blood. The Midland family, led by patriarch Grandpa Slava, also never kill humans, but when bodies are found near their home in the city of Smolensk, their peaceful existence comes under threat.

Created by Alexey Akimov, the eight-part series is produced and distributed by Russian streamer Start. It had its international premiere at French television festival Series Mania earlier this month.

Here, Akimov and Daria Bondarenko, exec VP of sales and acquisitions for Start, tell DQ more about the series.

Bondarenko: It’s really hard to surprise audiences with a vampire story. The Vampires of Midland takes a unique approach by blending elements of comedy and fantasy with the detective genre. The main plot follows what happens when the unremarkable lives of our vampires collapse, after a pile of corpses is found in a birch grove near Smolensk. The vampires are suspected of being behind the deaths, and one of them is sentenced to execution.
The series has a broad appeal and will prove particularly popular with young adults and female audiences thanks to the love story woven throughout and its somewhat relatable teenage main character. To keep viewers hooked, the end of each episode builds suspense with cliffhangers and triggers. It has already proved popular in Russia, where it has received lots of praise and season two is now in development.

What are the origins of the project?
Akimov: I loved Taika Waititi’s What We Do in the Shadows, and it got me thinking: what kind of life would vampires in Russia live? Would it be one of luxury, or would they be staying under the radar? Then, on the way to work, I saw a guy on the street who was swearing at a car that had splashed him, and I decided he could totally be a vampire. It’s got to be frustrating being powerful and immortal, but finding that it’s no help to you at all in everyday life.

The series is described as a parody – in what ways do you heighten or subvert the common image of vampires?
Akimov: We didn’t set out to destroy anything or create our own mythology. Vampires do not feature in Russia’s epic literature. When you take something foreign and transpose it to Russian reality, you start to see new and unexpected shades of meaning. In the Western world, in both literature and cinema, vampires are nearly always romanticised, while in Russian tales they are invariably minor characters – bloodsucking upirs and vourdalaks, who are always presented in a very negative context and, as a rule, are repulsive in appearance. We tried to strike the right balance between the classic image of the vampire and the Russian mentality. Immortality is not a reward for our characters, but a punishment.

Bondarenko: The traditional representation of vampires is flipped in this series. The characters are all individuals with unique souls and their own ways of thinking, special skills and perceptions of the world. Unlike in the classic vampire story, they are not scared of garlic or daylight. Whilst they have coffins to be in keeping with the style of the house and due to tradition, they sleep in beds like humans.
Throughout the series, viewers learn of each of the vampires’ problems, joys, misfortunes and life stories, making them relatable to the audience. Each is unique and has his or her own talent. For example, Anna has a strong romance narrative that develops with another investigator who is sent to lead the case. She falls in love with him but also has to use her supernatural power on him, which leads to a lot of fun, exciting and charming situations.

How did you develop the series with Start?
Akimov: Start is a team of young, talented and ambitious individuals. They were all hugely enthusiastic about what was a strange idea that did not seem at all suited to television. It’s a pleasure to work with a team like that.

There were lots of writers involved. Tell us about your writing process.
Akimov: I have several groups of writers, but there’s no splitting up of the work, where someone writes the jokes, someone handles the dramatic twists and someone comes up with names for the minor characters. It’s a shared process. First there’s a big get-together where we set out the direction, the main events and twists. Then the groups divide up the episodes and write them as they see fit. Since everyone sees things differently, I first edit their work, and then I finalise it all through discussion.

How does the series blend comedy with fantasy and drama?
Akimov: We adhere to the view that all lives are made up, at various stages, of comedy, drama and many other ‘genres.’ Why would our vampires be any different? We also wanted to put our ‘unreal’ characters into real life in such a way that they wouldn’t appear alien, so that the series wouldn’t end up looking too much like a comic strip.

Bondarenko: Comedy comes as a natural extension of specific features of the story and the way our vampires live. The location also plays an important role. We follow the story from the capital to Smolensk, one of the largest and oldest cities in Russia. It is a city with a long and deep history, lending itself perfectly to the fantastical elements. It’s the perfect place for the vampire clan. A lot of the comedy comes from the complications of being a vampire in the world of the living, but it’s also dramatic watching them interact with real people, and sometimes our vampires are even more humane than their human counterparts.

Does the show have a particular visual style?
Akimov: I am hugely indebted to director Anton Maslov, cinematographer Ulugbek Khamraev and production designer Yuriy Karasik. The city of Smolensk itself also prompted many visual decisions. We ended up with an everyday urban fantasy.

Alexey, how did you work with Anton?
Akimov: I was on set every day, but absolutely not to keep an eye on Anton, who’s a fantastic director. I worked really well with him. I always work brilliantly with people who give 150% to what they are doing. Since I knew the scripts better than anyone, I was more like a consultant advising on some of the important moments, on the mindset of the characters in a scene, and generally promoting a positive atmosphere on set.

What challenges did you face in development or production?
Akimov: When we were writing the series, the trickiest thing was putting together the detective element – or rather, two detective elements. The first is the official human investigation and the second is the investigation conducted by the vampires. During shooting, the most difficult aspect was dealing with stoppages and sitting out during the Covid-19 lockdown. When filming resumed, everyone came into work as if it was a holiday.

Why might the series appeal to horror fans and non-fans alike?
Akimov: If by ‘horror fans,’ you mean people who only watch horror, I’m going to disappoint them. This isn’t a scary show. Yuriy Stoyanov, who plays Grandpa Slava, has often said that the vampires just add colour; the main focus of the series is family. He’s absolutely right. It’s just easier to use comedy to talk about sad things, and to use fantasy to talk about reality. The word ‘heartwarming’ is entirely appropriate as a descriptor for the show.

Why do you think the show might attract international audiences?
Akimov: The series offers an authentic picture of Russian culture, told through the lens of fantasy and detective drama. We only use Russian music, from well-loved Russian bands. It offers a very honest representation of Russia’s provinces and how people live there. It is infused with our cultural code, and this is what hooked our audience – which I trust is an excellent way of gaining insight into the psychology of a fascinating culture. But I believe that a series about family values, kindness and human nature has wide appeal regardless of its country of origin.
Work is currently underway on season two and shooting will begin in 2022. Viewers can expect a lot of surprises, a lot of love and a lot of struggles.

Bondarenko: This story is about how non-humans turn out to be much more ‘human’ than real people. The story is about unity, family values and choices we make every day. Perhaps most importantly, the script is strong and there are multilayered characters with dialogue that is meaningful and powerful. This is complemented by world-class FX, which fits in with our ethos of never compromising on quality.