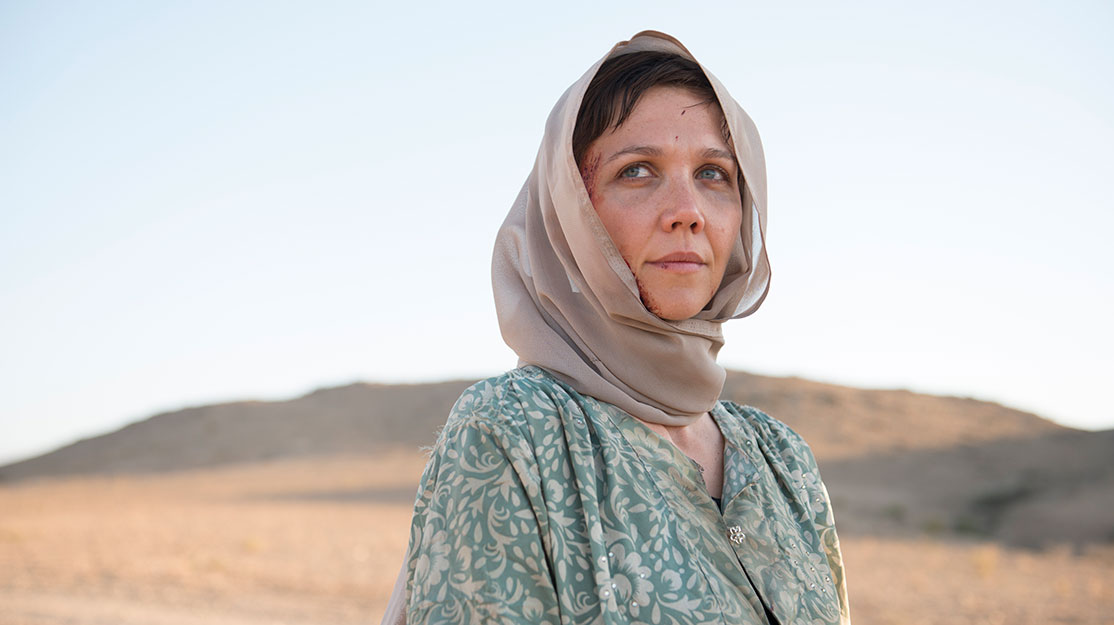 Hugo Blick, the writer, director and producer of dramas including The Honourable Woman and Black Earth Rising, reveals his motivation to tell stories and his approach to his craft.

A satchel given to Hugo Blick by one of his children has a name label bearing the words “Auteur (TV).” In the so-called golden age of TV, as the barriers between film and television have become so eroded as to barely exist anymore, it’s apt that a storyteller who writes, directs and produces all of his own work should be given a title more associated with the feature film world.

It’s the label Blick identifies with more readily than that of ‘showrunner’ when DQ asks him what he prefers to be called during a keynote session at Lille event Series Mania earlier this year. “I suppose that’s kind of it,” he says, “because I singularly write and singularly direct. I don’t know many others who do it. I’m just a portrait artist, and I’m the only one who’s got the paints.”

Blick has been a TV auteur since as far back as his cult BBC mockumentary comedy series Marion & Geoff, which stars Rob Brydon as Keith, a naive taxi driver who monologues to camera about the fallout of his divorce with Marion, while failing to recognise the cause of it – her affair with Geoff.

“The very first thing I wanted to make, nobody else wanted to make,” he recalls of the show, which debuted in 2000. “I got lucky with a little bit of money from a production I’d just shared an experience with, and I kept that back and made it for nothing. No one wanted it even after we made it. Then it went on to do really well and, after that, I was always a writer/director/producer.”

A showrunner, he argues, is a very different role – “and possibly much harder” – as they often oversee long-running series with no end in sight. “My real luck is that I spend a lot of time constructing an idea, researching it and then I’m only close to beginning the writing when I have the last line of the whole story in my head. That is my loadstone; it’s the summit of a mountain range. It’s finite. I’m going to get there in eight hours and it will be over. It’s a relief that I don’t have to come back to it. I just have that one destination to approach.”

Blick believes his authorship of a series also helps sell the project in the first place, with broadcaster, production and creative partners able to buy into his singular vision. His often complex and intricate drama series – The Shadow Line, The Honourable Woman (pictured top) and Black Earth Rising – can also be threaded together through a single theme, the possession of secrets, and how that concept is explored.

“In my earlier work, the secrets were personal and intimate and had little impact on the wider world. The conspiracy in The Shadow Line actually turned out to be about pension protection,” he laughs. “I didn’t sell it like that. It’s pretty obscure stuff. That was about the morality of the holding of these secrets.

“The Honourable Woman was about how secrets possess you. They’re not about things you hold; they hold you and you have to release yourself as an intimate individual. I suppose in the journey towards Black Earth Rising, I became more aware of the possession of secrets at a societal level. It was a development of themes of secrecy and the maintenance and possession of it.”

The latter, Blick’s most recent series, aired on BBC2 and Netflix last year. An eight-part international thriller, it looks at the prosecution of war crimes and the West’s relationship with contemporary Africa. Michaela Coel stars as legal investigator Kate Ashby, who was rescued from the aftermath of the Rwandan genocide as a child but finds the shadow of her tragic past impossible to escape.

When writing a drama, Blick says a story needs to have a central character who is fundamentally flawed. The interest then lies in why they are flawed and how they can resolve it.

“It was through Michaela’s character that this story was distilled,” he says of Black Earth Rising. “She does not know the secret [of her past] and she has to pursue it. It’s important also to flag up that the story was always about the West’s response to those issues, and whether we have the right and responsibility to engage in them, rather than [setting the series] from the African perspective looking back. The West was accused of blindness towards the terror of the genocide, and it could also be accused of blindness in the aftermath of the genocide in the 25 years since. On a big scale, these themes fitted into the sorts of themes I was exploring in The Honourable Woman and The Shadow Line.”

The Honourable Woman was led by an award-winning performance from Maggie Gyllenhaal, whose character Nessa Stein struggles to right her father’s wrongs in a world of conspiracy and espionage, set against the backdrop of the Israel-Palestine conflict. Meanwhile, The Shadow Line follows a murder and its investigation by both the police and criminals and how they try to solve it, with national secrets at risk of being exposed.

Blick believes writing is not so much a profession but a condition – one that comes with being angry. “There’s a lot to get angry about but there’s also a lot to cohere and resolve,” he says. “I get to the end of one project but then I sit there and think, ‘What’s the next one I want to do?’ and then it pops into my head. Usually I’m really angry about it – a secret no one knows about – and we need to discuss it and explore it, so that’s the motivation.”

That’s when he begins his research process. Black Earth Rising took six months of research and two years of writing to bring to the screen, with whiteboards around Blick’s office carrying the entire story from start to finish.

Knowing the story so well, directing is the natural next step for Blick, who says working behind the camera can be a very liberating experience if you know the DNA of a project. Things can go wrong, he notes, if directors focus on elements of a script that they like but are actually just window dressing and don’t relate to the heart of a story.

“You’ve got to get right inside it, which is why I’m yet to direct a project I haven’t written myself. I know it from the inside, and coming from the outside you can make huge mistakes,” he explains. “Then, as a director, I’ve got this vision, which is what you communicate to all your heads of departments. It’s the essential purpose of the story. If we share the vision, that’s it. With the designer, for example, once we have that intuit of vision, I don’t want to know what he’s doing. I’ll rock up on set and whatever he’s done is fine because I believe and trust his relationship with the vision. It’s the same for everyone, from the composer to the editor to everybody else.”

The approach is also true of the acting. Blick will meet all of those playing significant roles and, once they have a connection over what the project is, he leaves them to freely contribute their own ideas to their performance.

“When I walk on set, I never have an idea of how I’ll do a day. But I trust everybody,” he says. “I only do about three takes. I rehearse a little bit, but I’m there to witness. If everybody’s done their job because they want to do that job because they share that vision, I’ll know where to put the camera, because it’s in the best place to witness that psychological exchange the actor is facilitating.

“If it goes beyond four takes, there’s something wrong with the writing, so you’ll reconstruct it so it feels smooth and fluid. A small lesson to younger directors is you have to have courage to do the difficult thing first thing in the morning. Don’t delay the thing that frightens you because what you’ll do, if it’s a Napoleonic ballroom scene, your principals will be dancing in the middle but the inexperienced will stay away from them because they’re frightened by them.

“Then, by the time they get to that scene, which is what the audience wants to see, either you’ll run out of time or your actors will want to kill you because they’ve been acting their arses off for three hours while you’ve been in the circumference, shooting great stuff in wides, but you haven’t got to the meat of it. All you’ve got to do as a director is get to the truth of the scene as quickly as possible, and that’s what I do. Once it’s done, don’t hang around. Get out.”

Before he moved into drama with The Shadow Line in 2011, Blick worked on comedies such as Marion & Geoff, Joanna Lumley-fronted Sensitive Skin and Operation Good Guys, a police mockumentary series in which he was also part of the ensemble cast. It’s his training as an actor, plus other on-screen roles – including a cameo in Black Earth Rising – that has led him to believe that acting is a good way to begin if you want to become a storyteller.

“You know how incredibly vulnerable they feel,” he says. “It’s a metaphorical but truthful thing that all actors feel. It doesn’t matter who you are, all actors feel this on day one. You’ve just got to allow them to understand that your presence protects them and this space in which they are allowed to create, to play and to be this other person.”

Taking a break after Black Earth Rising, Blick hints that his next project will be set in the past, while ideas he had about a series exploring Russia were dampened by BBC and AMC drama McMafia. Nevertheless, he will continue to investigate his “natural suspicion of an absolute truth.”

“I want to look at the other side,” he concludes. “Truths are very flexible and they move between those who possess it and control it. You get closer to a sense of harmony by looking at one thing and then the other, and then exploring in drama the thing that emerges in the middle part. That’s the nuance and that’s the character. I’m just pulling against two polarities and trying to find the middle line.”