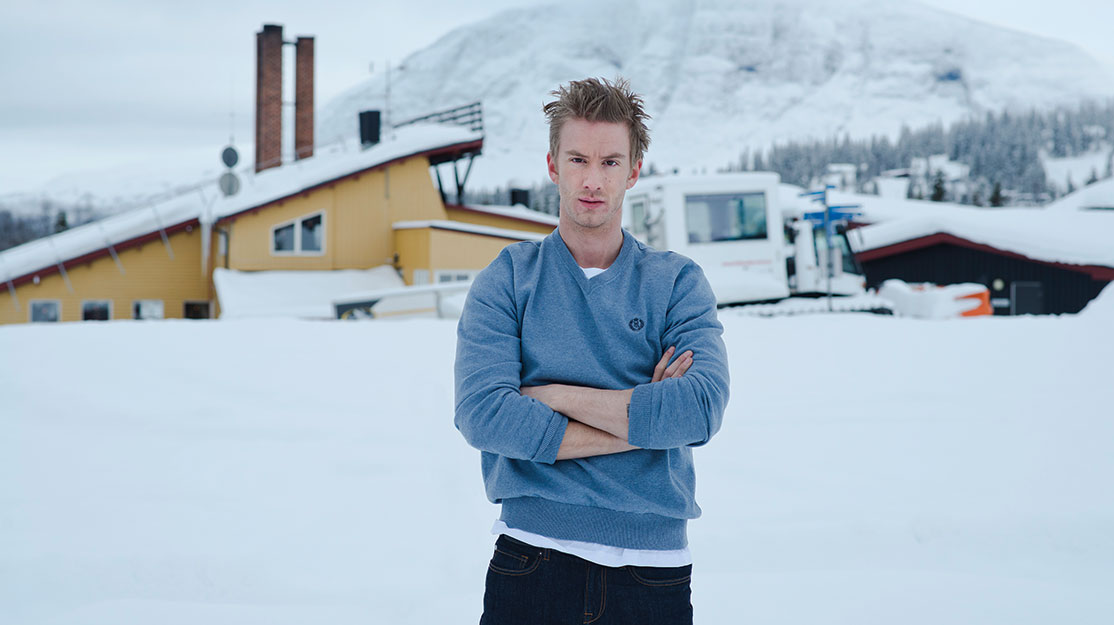 Swedish horror thriller Svartsjön (Black Lake) sees a group of friends experience a series of disturbing events when they visit an abandoned ski resort that was once the scene of a horrific crime. Jarowskij producer Emma Nyberg offers six things you need to know about the eight-part series with the help of writer Ulf Kvensler.

1. Black Lake is about student Hanne, 25, who follows her boyfriend Johan and some other friends to an abandoned ski resort in the northern part of Sweden. Johan plans to buy the place and reopen it. But strange things soon start to happen at the resort, leading Hanne to investigate why it was closed down on the eve of its opening 20 years ago. Johan is convinced locals are simply trying to scare them away, but Hanne feels there’s a deeper meaning to uncover. Soon, solving the mystery at Black Lake becomes a matter of life and death for the group and forces Hanne to confront demons from her past.

2. The show stars Sarah-Sofie Boussina as Hanne; Filip Berg as Johan (pictured top); Mathilde Norholt as Mette, Hanne’s elder sister; Valter Skarsgård is Filip’s younger brother, Lippi; and Victor von Schirach as Osvald, Johan’s best friend who is involved in a secret love affair with Lippi. Other cast members include Philip Oros as Frank, childhood friend to Johan and his new girlfriend Jessan (Aliette Opheim); Odin Waage and Anderz Eide as Norwegian brothers Jostein and Dag, who live in the area; and Nils Ole Oftebro as the mysterious caretaker, Erkki. Casting was carried out by Lovisa Bergenstråhle.

3. Ulf Kvensler, creator of the show, was inspired by films like The Blair Witch Project and Paranormal Activity: “I’m a big fan of horror movies, and especially the psychological kind where you don’t get to see very much but build the monster yourself in your head. It’s also a very cost-efficient sub-genre of horror. Paranormal Activity cost like US$15,000 to shoot and has grossed some US$200m worldwide. And it’s scary as hell!” He adds: “In the end, we didn’t go full ‘found footage’ for Black Lake. The broadcaster wanted a little more production value, and they also wanted to scale back the horror a bit to broaden the appeal. More focus was put on the mystery and on the relationships between the young people in the group. This was also necessary to have enough story for eight episodes. I think we found the right balance between the elements. Horror buffs probably think Black Lake is pretty lame stuff, but the regular audience definitely thinks it’s scary enough.”

4. The nature of the found-footage style means there is a documentary quality to the series. Kvensler explains: “Part of the attraction is that it has a documentary feel. When you frame supernatural elements this way, it makes them all the more powerful. So we wanted the dialogue in the show to have a very natural feel. We actively sought actors who enjoyed improvising and finding their own words to express the beats in each scene. And directors who also wanted to work that way.”

5. Kvensler believes that in a ghost story, “the ghost should symbolise something that society as a whole is haunted by, something it wants to hide or forget.” He explains. “In Black Lake, that ghost is the relationship between the Swedish government and the indigenous Sami population in northern Sweden. In the first decades of the 20th century, Sweden was world-leading in racial biology, the purpose of which was to prove that Swedes were superior to the Sami and Finnish populations who also live in Sweden. German scientists, who would later be prominent during the Nazi regime, were inspired by their Swedish counterparts.”

6. Black Lake’s first run was a hit and a second is currently in development with Modern Times Group-owned broadcaster TV3 in Sweden. The series, distributed by Banijay Rights, also aired on MTG’s streaming video-on-demand platform Viaplay.