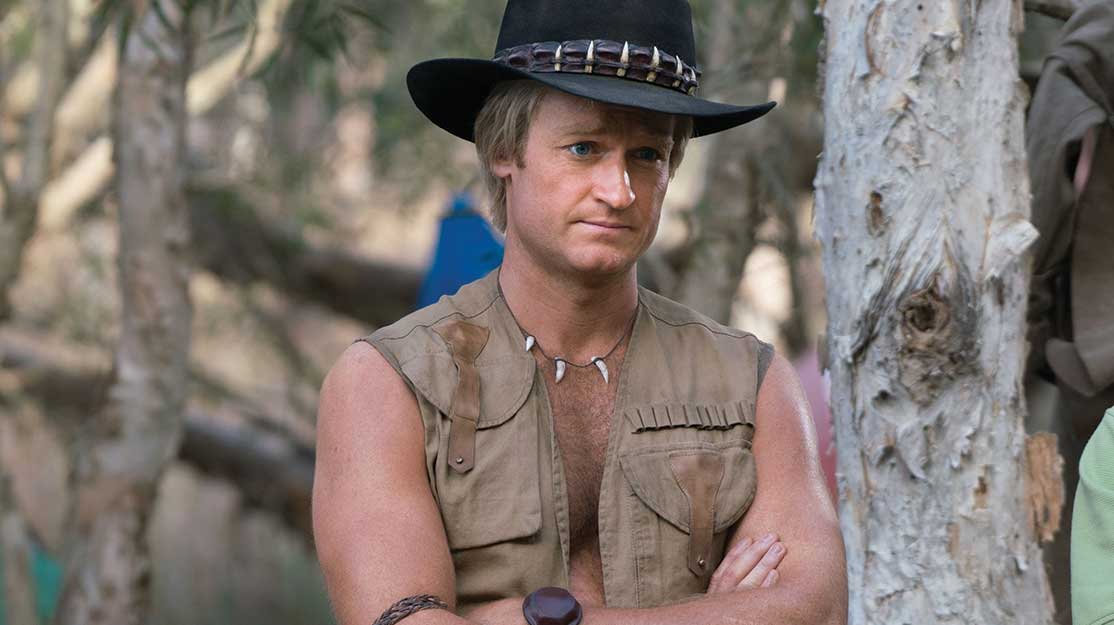 True-life stories of the famous and infamous continue to win commissions in Australia – but for how long? DQ investigates.

Australian TV dramas inspired by real people, living and dead, have been consistently popular with audiences over the past four or five years – but is that boom about to bust?

Although four biographically based miniseries are in the can or due to go into production this year, and another has already gone to air, some producers and broadcasters believe the cycle is exhausting itself. Others still see plenty of potential for the genre.

“The biopic genre is tired and the subject matter is running thin,” says Endemol Shine Australia (ESA) CEO Mark Fennessy, whose firm produced the top-rating minis Never Tear Us Apart: The Untold Story of INXS, Catching Milat and Peter Allen: Not the Boy Next Door for the Seven Network and Brock for Network Ten.

“In recent times we’ve seen a definite trend towards more contemporary subjects where the primary audience has an emotional connection – often to their younger days,” Fennessy continues. “As often happens in Australia, everyone quickly jumps on the bandwagon and so it’s largely eating itself now.”

“The challenge with biopics is to find a subject matter with broad audience appeal, a riveting story and contemporary relevance,” says Andy Ryan, Nine’s co-head of drama. “But there is definitely a limit to the genre.”

CJZ MD Nick Murray contends shows such as House of Bond go much further than linear biopics. “It’s the rise and fall of the house of Bond – the influence of both wives, the business advisors and Bond’s ability to talk or con people and banks into doing what he wanted. What on earth motivated them all?” he says.

Ryan concurs: “House of Bond is very much like the man himself – colourful, outrageous and always entertaining. Bond’s life was a roller coaster of excitement and emotion, and we think we’ve captured that in the drama.”

Rebecca Heap, head of programming and digital at Australian pubcaster the ABC, sees a bright future for drama based on real people: “Audiences love Australian stories, and bios have the ability to capture our imagination on two levels – telling the story of the subject and the story of our society at that point in time. There will continue to be room for well-written and well-executed stories about extraordinary Australians, both famous and infamous.”

The ABC has commissioned The Easybeats from Sony-owned Playmaker Media, the saga of five young immigrants who met in a Sydney migrant hostel in 1964 and went on to create Australia’s first truly international rock group. On paper, the project may have seemed more suited to a commercial network, but Heap says: “The Easybeats is a great Australian success story with a killer soundtrack. What’s not to love? It maps the beginning of a new Australian identity, one that places us on the world music stage and celebrates the role of diversity in getting us there, making it a perfect fit for
the ABC.”

FMA director of drama Jo Porter says: “We are in the midst of a cycle of biopics that reflects the appetite of audiences to celebrate significant individuals who have helped define how Australians feel about themselves both locally and globally. We would consider another biopic; the challenge is they need to also have international audience resonance to get the support of distribution.”

Porter oversaw the production of Hoges (pictured top), the saga of Paul Hogan, the former Sydney Harbour Bridge worker who found fame and fortune as the host of his own TV show and as the creator and star of the Crocodile Dundee movies. The two-parter, which featured Josh Lawson as Hogan, Ryan Corr as his manager/on-air sidekick John ‘Strop’ Cornell and Justine Clarke as Noelene Hogan, screened on Seven in February, winning its 21.00 and 20.30 timeslots, each drawing a consolidated audience of 1.5 million – but the broadcaster was hoping for more. “I don’t put the numbers in the fail category, more the underwhelming category. You can’t win them all,” says Angus Ross, Seven’s director of network programming.

Distributor FremantleMedia International is an investor in Hoges and will sell the project internationally. Porter says: “We’re so pleased international buyers who loved our larrikin hero in Crocodile Dundee will have the chance to see the story behind the man.”

Perhaps reflecting a limited pool of subjects, Nine originally intended to commission minis on Hogan (from ESA) and Olivia Newton-John (Screentime), but Seven got in first on both occasions.

Seven’s Newton-John drama is produced by FMA and directed by Shawn Seet. It stars Delta Goodrem as the actor and singer who blazed a trail in Hollywood as the star of Grease and Xanadu, recording five number-one hits and winning four Grammy Awards.

“We are delighted with the strength of Shawn Seet’s creative vision and realisation of this story. It’s fantastic to celebrate a female Australian legend,” says Porter.

Seven has also commissioned Banijay-owned Screentime to produce Warnie, which will explore the paradox of former champion cricketer Shane Warne, widely regarded as the most admired, criticised and publicised Australian sportsman of the modern era.

Matt Ford (creator of Playmaker Media’s ABC drama Hiding) is writing the scripts and Kerrie Mainwaring will produce with investment from Screen Australia and Film Victoria.

“Warnie’s story is not only the story of one of the world’s greatest cricketers but his off-field antics have kept tabloids in business for years. He is so compelling on and off the field, you can’t look away,” Ross says.

In a similar vein, true-crime dramas have long been reliable ratings performers, most notably Screentime’s Underbelly franchise, which started on Nine in 2008. The latest iteration, Underbelly Files: Chopper, will tell the story of Mark ‘Chopper’ Read, one of Australia’s most notorious gangsters. Read, whose exploits were dramatised in the 2000 Australian movie Chopper, starring Eric Bana, died from liver cancer in 2013, aged 58.

ESA, meanwhile, has produced Blue Murder: Killer Cop, which stars Richard Roxburgh as notorious former detective Roger Rogerson, now serving a life sentence for the murder of a drug dealer. A sequel to Blue Murder, which aired on the ABC in 1995, it will premiere on Seven this autumn.

Ross says: “The powerful performances will give a no-holds-barred look at the downfall of Roger Rogerson. It is not for the faint-hearted.”

Opinions are divided over whether producers need the co-operation of their subjects – an issue that flared when billionaire Gina Rinehart sued Nine and CJZ, claiming the 2015 drama House of Hancock defamed her.

The programme focused on the feud between the late Lang Hancock (played by Sam Neill), his wife Rose Lacson (Peta Sergeant) and his daughter Gina (Mandy McElhinney).

The case was settled out of court in February, with Nine agreeing not to rebroadcast or stream the show and the broadcaster and producers publicly apologising to Rinehart and her family for any hurt or offence caused by the broadcast and its promotion.

Despite that, Murray says: “Personally, I think these stories are told better without the co-operation of the subjects. Imagine how different House of Hancock would have been if Gina Rinehart had script approval.”

CJZ head of drama Paul Bennett adds: “We do a huge amount of research on these productions and talk to as many people as we can, including the subjects if they are open to it. However, it is not essential at all to have their co-operation; in fact, having them on board has the potential to skew the process, as it can tend to make the piece more of a love letter to the subject rather than a more honest and probing investigation of their lives and what makes them tick.”

Newton-John was supportive of FMA’s mini, while Hoges’ producers obtained permission from Hogan and Cornell to recreate scenes from their TV shows and films. Both savvy businessmen, they own all rights to their content.

ESA’s Fennessy says: “If the subject is still living, it’s absolutely preferable to have their endorsement and support. If the subject is deceased, it’s just as important to have such from immediate family or the estate.”

While subjects who are internationally known are an advantage for producers in securing international distribution, this isn’t critical to the funding process. According to Ross, having a name who can help offshore sales is a bonus but that does not make or break the viability of a project, based on the current funding model.

Crime sagas such as Catching Milat often travel more successfully than generic stories, she says, while Peter Allen: Not the Boy Next Door struggled because Allen is not widely known outside Australia, despite his 1981 Academy Award for the theme song to the movie Arthur, his brief marriage to Liza Minnelli and the Broadway hit The Boy from Oz, which starred Hugh Jackman.

While biopics have the potential to be big hits at home and abroad, finding a star name or story worthy of the television treatment is the key to success – but the reliance on public awareness or curiosity over the topic may also prove to be the limitation for the genre.