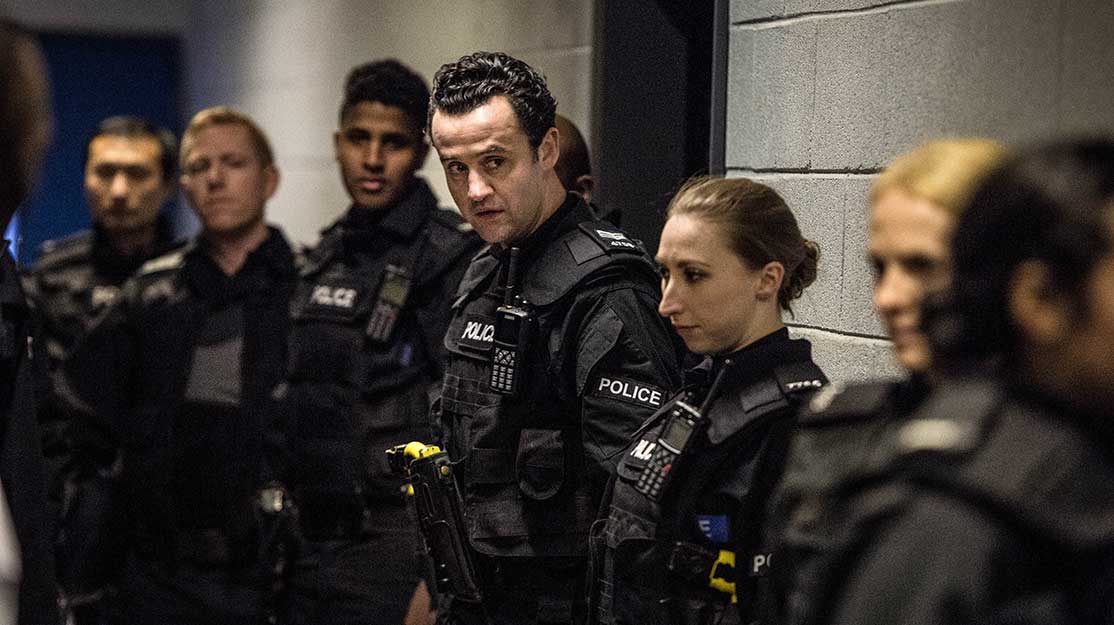 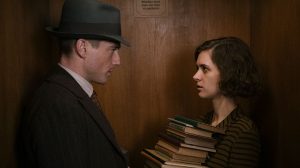 Babylon Berlin
From: Germany
Original broadcaster: Sky
Starring: Volker Bruch, Liv Lisa Fries, Peter Kurth, Matthias Brandt, Leonie Benesch, Severija Janušauskaitė, Ivan Shvedoff
Seasons: Three
This German noir has become a breakout hit for the country, immersing viewers in a visually intoxicating 1920s Berlin. Based on the crime novels by Volker Kitscher, it follows police inspector Gereon Rath, who is on a secret mission to expose an extortion ring, and Charlotte Ritter, a police clerk who aspires to be an inspector but at night is a flapper and occasional prostitute at the Mika Efti cabaret. The series is also lifted by the dramatic soundtrack, which features standout song Zu Asche, Zu Staub (To Ashes, To Dust), performed on the nightclub stage. 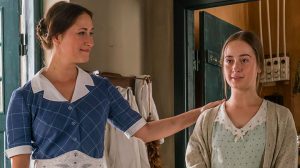 Badehotellet (Seaside Hotel)
From: Denmark
Original broadcaster: TV2
Starring: Amalie Dollerup, Lars Ranthe, Anne Louise Hassing, Merete Mærkedahl, Ulla Vejby, Jens Jacob Tychsen, Anette Støvelbæk, Birthe Neumann
Seasons: Seven
Downton Abbey by the seaside, this long-running Danish drama is one of the country’s most popular series, drawing audiences every year since 2013 to the trials and tribulations of the staff working a lavish hotel and the guests who visit them each summer from Copenhagen. Combining beautiful scenery with comedy drama and the clash of class and cultures that comes naturally from the upstairs/downstairs setting, it’s the perfect example of blue-sky Nordic drama.

Das Boot
From: Germany
Original broadcaster: Sky
Starring: Vicky Krieps, Tom Wlaschiha, August Wittgenstein, Lizzy Caplan, Rick Okon, Vincent Kartheiser
Seasons: Season two launches in Germany on April 24
Following a classic novel and iconic film is no easy feat, and critics were rightly sceptical that the ambition of this series could match what had come before. But from the first glimpse of a U-boat rising out of the Atlantic Ocean, this wartime drama serves up a compelling and technically stunning show. Set nine months after the Wolfgang Petersen film, the action opens in 1942, simultaneously following the crew of the claustrophobic U-612 and the Resistance in La Rochelle, France. 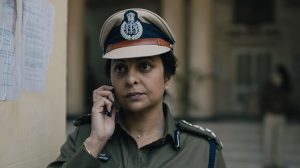 Delhi Crime
From: India
Original broadcaster: Netflix
Starring: Shefali Shah, Rasika Dugal, Aakash Dahiya, Adil Hussain, Rajesh Tailang
Seasons: One
While true crime dramas continue to dominate the broadcast and streaming schedules, buoyed by a similar wave of documentary series in the genre, this is one of the best. Based on the tragic true story of a 2012 gang rape in Delhi, the series follows the aftermath and the police investigation to find those responsible. Shah plays Vartika Chaturvedi, the deputy commissioner of police who drives the series forward and guides viewers through the sights and sounds of the city. 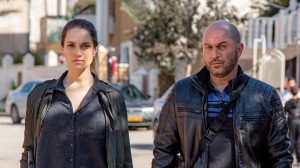 Fauda
From: Israel
Original broadcaster: Yes
Starring: Lior Raz, Itzik Cohen, Neta Garay, Rona-Lee Shim’on, Boaz Konforty, Doron Ben-David
Seasons: Three
Israel has become known as the home of some of the most original drama series in the world, leading to US remakes such as Homeland, Hostages, In Treatment and the upcoming Your Honor. Fauda might be the best of the bunch, drawing on the military experiences of creators Lior Raz (who also stars) and Avi Issacharoff. Set against the backdrop of the Israel-Palestine conflict, it follows the leader of an elite unit as they pursue a Hamas terrorist. Season three switches the action-packed story to the Gaza Strip. 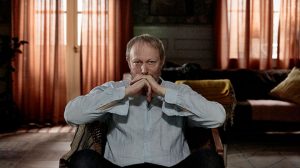 Herrens Veje (Ride Upon the Storm)
From: Denmark
Original broadcaster: DR
Starring: Lars Mikkelsen, Ann Eleonora Jørgensen, Simon Sears, Morten Hee Andersen
Seasons: Two
From the creator of hit Danish political drama Borgen comes this drama about a family of priests and the characters within it, as each follows their own path to a meaningful life. On the face of it, they are the epitome of respectability, but events that leave the family in crisis soon unfold. 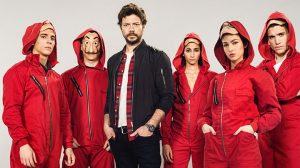 La Casa de Papel (Money Heist)
From: Spain
Original broadcasters: Antenna 3, Netflix
Starring: Alvaro Morte, Itziar Ituño, Alba Flores, Esther Acebo, Pedro Alonso
Seasons: Three, with a fourth released on Netflix on April 3
If any series characterises Spain’s assent to global drama powerhouse, it is this thrilling and action-packed story of a mysterious man known only as El Profesor (The Professor), who brings together a band of criminals to carry out the biggest heist ever imagined: taking over the The Royal Mint of Spain and taking home 2.4 billion euros. In season three, they are forced to reunite to execute a more ambitious plan, this time targeting the Bank of Spain. 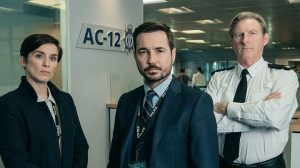 Line of Duty
From: UK
Original broadcaster: BBC
Starring: Martin Compston, Vicky McClure, Adrian Dunbar
Seasons: Five
With filming on season six interrupted as productions around the world shut down because of the coronavirus pandemic, now is the chance to catch up creator Jed Mercurio’s nail-bitingly tense police thriller (also pictured top), which introduces the members of Anti-Corruption Unit 12, tasked with uncovering police wrongdoing. Each season features a host of guest stars, while a long-running conspiracy plays across the series. By the end, you’ll be asking, ‘Who is H?’ 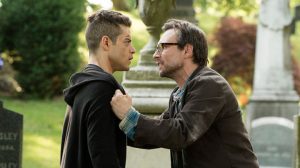 Mr Robot
From: US
Original broadcaster: USA Network
Starring: Rami Malek, Carl Chaikin, Portia Doubleday, Martin Wallström, Christian Slater
Seasons: Four
Turn off social media and be sure to pay attention to Mr Robot, a critically acclaimed psychological thriller that follows Elliot Anderson (Malek), a young man living in New York who works for cyber-security company Allsafe and whose struggles with social anxiety and depression mean he struggles with paranoia and delusion. Elliot’s hacking skills lead him to anarchist Mr Robot, who is planning to attack one of the biggest corporations in the world – and Allsafe’s biggest client. 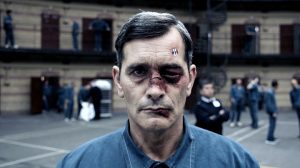 Professor T
From: Belgium
Original broadcaster: Één
Starring: Koen De Bouw, Tanja Oostvogels, Goeie Derick, Carry Goossens, Herwig Ilegems
Seasons: Three
Belgium is certainly among the most ambitiously creative countries in the world when it comes to television drama, thanks in part to a financial system that demands fresh and original ideas. Set in Antwerp, this crime drama introduces the eponymous eccentric professor, who works alongside the police to solve crimes. What makes it stand out is the mixture of genres the series covers, from musical and comedy to tragedy and melodrama. The show has already been remade in France and Germany, and a UK version starring Ben Miller is now in the works for ITV. 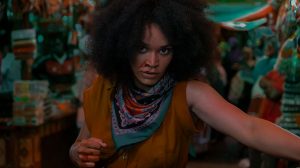 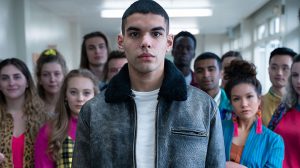 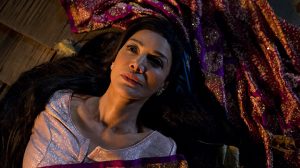 The Expanse
From: US
Original broadcaster: Syfy (now Amazon Prime Video)
Starring: Steven Strait, Cas Anvar, Dominique Tipper, Wes Chatham, Shohreh Aghdashloo, Frankie Adams
Seasons: Four, with a fifth already ordered
For a sci-fi drama that’s out of this world, look no further than The Expanse. Based on the books by James SA Corey, the show’s future was in doubt when it was cancelled by Syfy after three seasons, before Amazon stepped in to save the series and order two further seasons. It opens hundreds of years in the future in a colonised Solar System, when the case of a missing girl brings together a hardened police detective, an Earth-based politician and a rogue ship captain, leading them to expose the greatest conspiracy in human history. 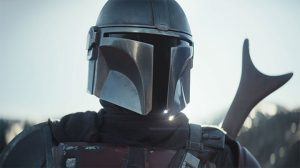 The Mandalorian
From: US
Original broadcaster: Disney+
Starring: Pedro Pascal, Gina Carano, Carl Weathers, Werner Herzog, Nick Nolte, Emily Swallow, Taika Waititi, Giancarlo Esposito, Omid Abtahi
Seasons: One
Those lucky enough to be in the US, Canada or the Netherlands may have already check out this Star Wars series, the flagship original drama on the new Disney+ streaming platform. But as the service reaches most of Europe tomorrow, millions of subscribers will no doubt be eagerly awaiting the opportunity to see this acclaimed show, which is set after the fall of the Empire and before the emergence of the First Order, as seen in the most recent trilogy of Star Wars films. It’s here we meet a lone gunfighter in the outer reaches of the galaxy, far from the authority of the New Republic. 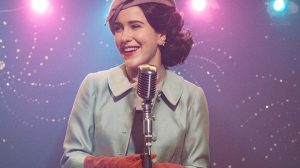 The Marvellous Mrs Maisel
From: US
Original broadcaster: Amazon Prime Video
Starring: Rachel Brosnahan, Alex Borstein, Michael Zegen, Marin Hinkle, Tony Shalhoub
Seasons: Three, with a fourth on the way
A comedy-drama that has plenty of both, The Marvellous Mrs Maisel sees Rachel Brosnahah turn in an Emmy- and Golden Globe-winning performance as the titular character, a housewife in 1950s New York who discovers a knack for stand-up after an impromptu set at a comedy club. 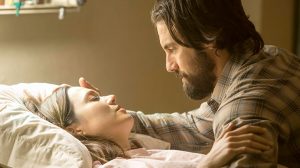 This Is Us
From: US
Original broadcaster: NBC
Starring: Milo Ventimiglia, Mandy Moore, Sterling K Brown, Chrissy Metz, Justin Hartley
Seasons: Four
For heartwarming comedy and emotional family drama, this smash hit US drama ticks all the boxes. It follows the members of the Pearson family – mum Rebecca, dad Jack and siblings Kevin, Kate and Randall – mostly in the present day but flashing back to the past and into the future, focusing on their individual relationships and how their lives and experiences have been experienced by their childhood. Last year, following its third season, the show received the rare honour of being renewed for an additional three seasons. 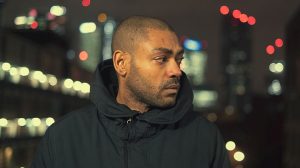 Top Boy
From: UK
Original broadcasters: Channel 4, Netflix
Starring: Ashley Walters, Kane Robinson, Shane Romulus, Malcolm Kamulete, Sharon Duncan Brewster
Seasons: Three
British crime drama Top Boy first aired in 2011, with a second season running in 2013 on Channel 4. But thanks to the support of rapper Drake, Netflix revived the series this year. Set in East London, it introduces a group of friends and gang members fighting for survival on fictional crime-riddled estate Summerhouse. The series has been praised for its tough characters and its realistic portray of the world the story is set in. 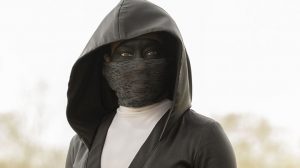 Watchmen
From: US
Original broadcaster: HBO
Starring: Regina King, Yahya Abdul-Mateen II, Tim Mison, Sara Vickers, Jeremy Irons, Andrew Howard, Louis Gossett Jr
Seasons: One
This might be described as a superhero drama, but it can’t be compared to anything produced by Marvel (The Avengers) or DC (Batman) in recent years. From Lost creator Damon Lindelof and described as a “remix” of the iconic graphic novel created by Alan Moore and Dave Gibbons, this alternate-history series takes place 34 years after the original story and follows a detective (Regina King) as she investigates a murder, in a world where police officers are forced to conceal their identities in an ongoing battle against a white-supremacist group. King’s standout performance and stunning filmmaking ally with topical themes and a powerful soundtrack created by Trent Reznor and Atticus Ross from Nine Inch Nails. 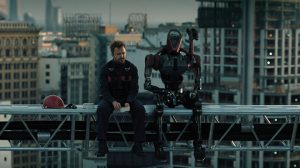 Westworld
From: US
Original broadcaster: HBO
Starring: Evan Rachel Wood, Thandie Newton, Ed Harris, Jeffrey Wright, Tessa Thompson, Aaron Paul, Vincent Cassel, Lena Waithe
Seasons: Season three is now airing
As visually striking and imaginative as ever, this science-fiction series continues to be one of the most ambitious and complex stories on television. Based on Michael Crichton’s 1973 film, it introduces the eponymous Wild West-themed resort where guests can entertain their wildest – and often most villainous – fantasies alongside the android ‘hosts’ that populate the park. Naturally, things don’t go as expected when some hosts begin to gain sentience and search for a way to leave the park and join the real world.