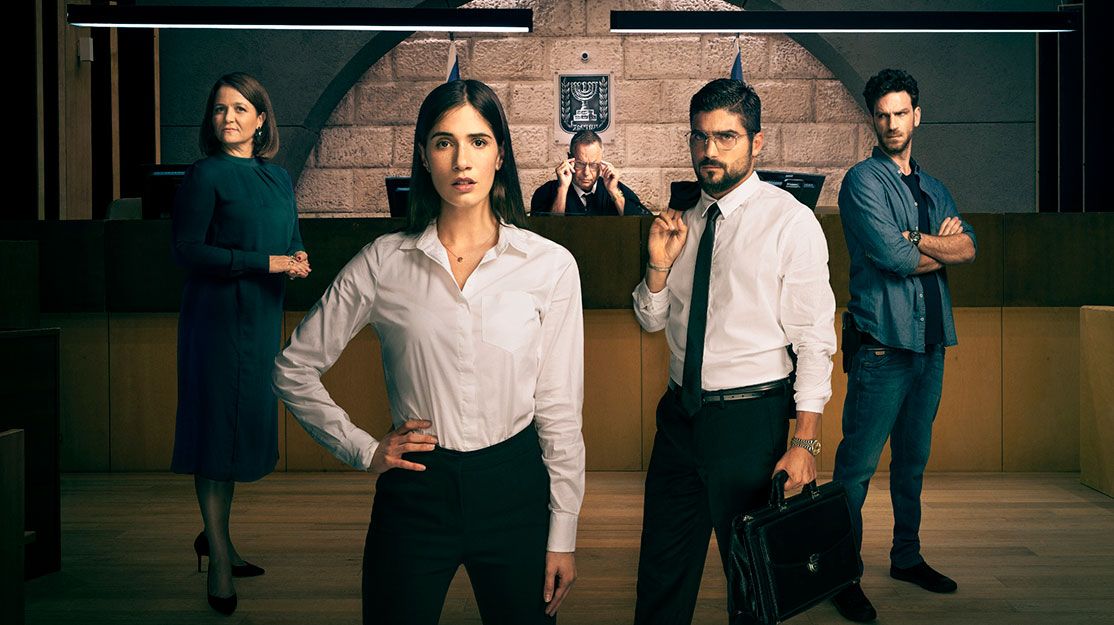 Set in a district attorney (DA)’s office, Red Lines centres on up-and-coming attorney Marcelle Ben-David, who believes in justice above all else – even the law. After convicting the head of a major crime family, she is given a promotion under the watchful eye of the highly esteemed DA.

As she begins working on her first assignment, a high-profile mortgage fraud case, Marcelle’s disregard for the rules of the DA’s rigid hierarchy opens a Pandora’s box that threatens to shake the country’s entire legal system. As Marcelle digs deeper into the investigation, she discovers that this case is only the tip of the iceberg in a massive conspiracy. Going against her boss’s wishes, Marcelle will do whatever it takes to bring justice to those involved – no matter the cost. But when she finds out that those behind it are the ones closest to her, can she stop it all before she crosses too many red lines?

There are a few things that most interested us about Red Lines, which comes from Kan and Tedy Productions and is distributed by Armoza Formats. The first was the setting, which presented an incredible opportunity for the series. The DA office in Israel is much more than just a work environment; it’s the centre of the country’s ethics and legal system and truly represents a lot of the good and bad things about Israel. This allowed the story to be much more complex than a typical legal drama.

In addition, as two strong women, we very much connected to our protagonist. She stands up for what she believes, speaks her mind and seeks justice. And yet she struggles with a dark side that haunts her.

Another thing that interested us about the series was the way it grapples with the fact that there is good and bad in each person. The lines between our heroes and villains are blurred as you realise each character has a moral reason for their choices, an alternative narrative. Every character, good or evil, believes in their own ‘truth.’

Our favourite and most emotionally intense sequence is one from episode 10, an episode that completely stands out from the rest of the season. Marcelle must finally come face to face with her past and the choices she has made when she is called to the stand in the trial of the major crime lord she put away. The crime boss paints a picture that has the legal system and the criminal switching sides in the issue of good versus bad. And her mentor, ex-partner and best friend all witness this pivotal moment as she is questioned about her motives. The scene brings Marcelle’s true, dark nature to light as she is forced to admit the lines she crossed in order to close the case.

This scene was one of those moments that really makes you want to be a writer. The series was inspired by a true story yet is completely fictional, so watching this dramatic moment come to life was incredibly moving and gratifying, both in the writing and in the responses it provoked. It changed everything the viewers thought they knew about our characters, and their reactions to it were fascinating and extreme.

There is a belief that, as a writer, you bring the things that are inside of you to your writing – your fears, beliefs, dreams and desires. As you become an experienced writer, you start to believe this is just a myth. However, when a scene comes from deep within, you can see your soul in it.

This scene showed us just what you can achieve when your writing truly reflects you in some way, as we both felt ourselves in it – our words, our emotions and our experiences.