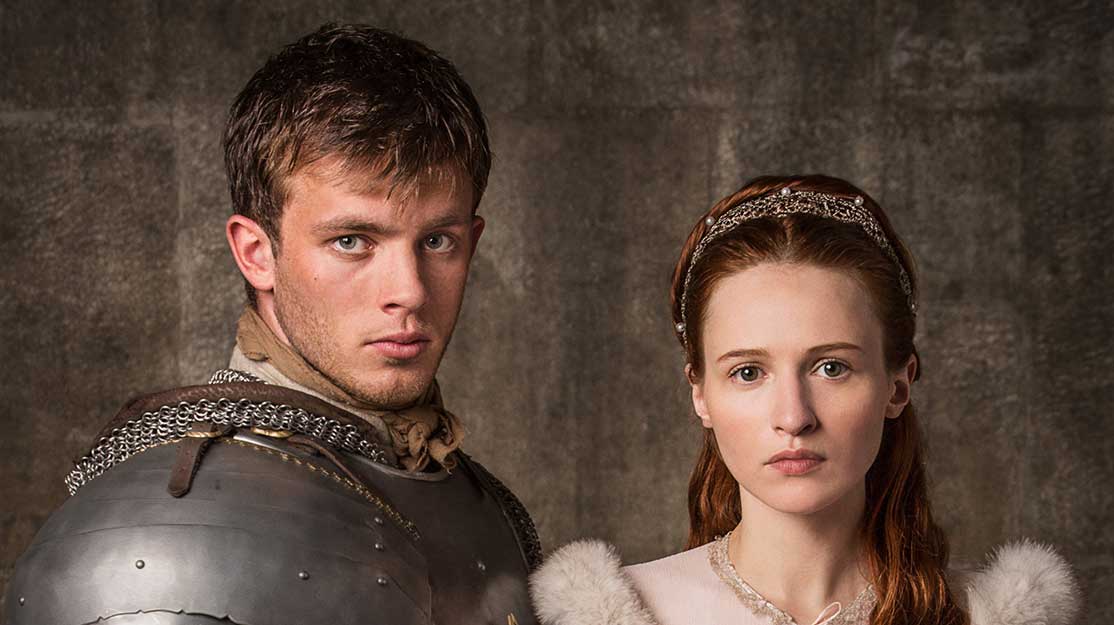 One day Jannis Niewöhner was shooting an art-house film, the next he was giving a rallying speech to 150 extras on the set of a German historical miniseries. He tells DQ about period drama Maximilian and Marie de Bourgogne.

By the time Jannis Niewöhner arrived on the set of German historical miniseries Maximilian & Marie de Bourgogne, he had completed two films back-to-back before “crashing” into his latest role as the titular 15th century Austrian archduke.

“I had, like, one day off between projects and then Maximilian was four months of working,” he recalls. “It was crazy but good – it was an experience. The interesting thing about such a long shoot is you have to find your motivation and energy for the whole time. On other movies, we do it in one or two months and then you’re done. But after two months on Maximilian, we knew it was going to be two more. To have the same motivation was tough but we were able to do it because we had a great story and a great team.”

Set in 1477, the show retells the love story between Marie (Christa Theret), the orphaned daughter of the ruler of the House of Burgundy, and Maximilian (Niewöhner), the son of the Roman Emperor, as they try to survive and rule in the battle for supremacy in Europe.

The cast also includes Tobias Moretti, Jean-Hughes Anglade, Miriam Gussenegger and Alix Poisson. The show, which debuts in Austria on ORF next month and on ZDF in Germany in the fall, is coproduced by the two networks alongside MR Film and Beta Film.

“He’s an impulsive and hot-headed guy,” Niewöhner says of his character. “He’s the son of the emperor of Austria. He rebels against his father, who waits until the enemy gets tired, is out of money or out of men, and he hates that. He sees it as a sign of weakness and wants to make strong decisions; he wants to fight. That’s one side of him – the other is the sensitive, immature side. Then he meets Marie and he has to discover how to deal with a woman he has to marry. It’s interesting to have both sides of that character that are really far away from each other.”

Having previously starred in film and TV series, German actor Niewöhner describes the six-hour Maximilian as a “long movie.” And, as a fan of Maximilian director Andreas Prochaska’s 2014 movie The Dark Valley, he was keen to link up with the Austrian.

“It was such a great movie – it was cool and looked great. But he [Prochaska] never loses the story or the character,” Niewöhner explains. “And I was interested in doing a genre movie but I also wanted to tell a true story.

“Andreas was great. He’s what you wish a director to be like. I had a lot of freedom, I could try a lot of things and he trusted me. That’s the best feeling you can have as an actor. [There are moments when] he comes to you and says little things, but you never get the feeling you have to do something you can’t do. You can feel like that sometimes when you do a movie. He’s open and he has the right attitude. His perspective of doing movies is that while it’s something we love and have a lot of passion for, it’s only a movie.”

As you might expect from an actor taking on a factual role such as Maximilian, Niewöhner set out to research the true story of his character – but was wary of straying too far from the character laid out in Martin Ambrosch’s script.

“I read some books at the beginning but then I recognised that I should not spend too much time on the historical facts because you can distance yourself from the script and that’s not a good thing,” he notes. “The special thing about Maximilian is it’s a coming-of-age story. He’s a young guy like me who has many questions and is angry and doesn’t know why. He’s someone I can compare myself to. It was important to focus on that.”

The period costumes and sets also helped Niewöhner get into character – as did his French co-star Theret, despite the language barrier between the pair.

“Playing with Christa was so interesting because we spoke different languages, but it worked,” he admits. “I thought it wouldn’t work because she speaks French and I speak German. That’s a strange thing and not something you have in real life, but you just focus on the eyes and body language – maybe that’s where the most emotion is.

“If you look each other in the eyes and are both committed and want to tell the story, it’s really easy to be close and to feel something for each other. It was great shooting with her.”

Filming across Austria and the Czech Republic, as well as in Budapest, Hungary, the actor compares the travelling production to being on a school trip.

He adds: “This production was a boy’s dream, but the biggest challenge was on my first day. Before, I was shooting an art-house movie with just 20 people in the team, improvising, and then I was standing on the set of Maximilian with 150 extras in front of me and I had to give a speech as the new duke of Bourgogne. It was a challenge but it was good to do it in the first days of shooting.

“Maximilian was like nothing I’ve done before. It was all new. I’ve done genre movies before but something like this, where you pretend to be the guy who makes decisions for a whole country, that was something new.”

With TV series becoming more cinematic, Niewöhner expects to be back on the small screen, but cinema will always be his first love – “because there I have a lot of time to prepare. I feel you have more freedom, but in this case [on Maximilian], it was produced like cinema and it looks like cinema, and that’s a great thing.”