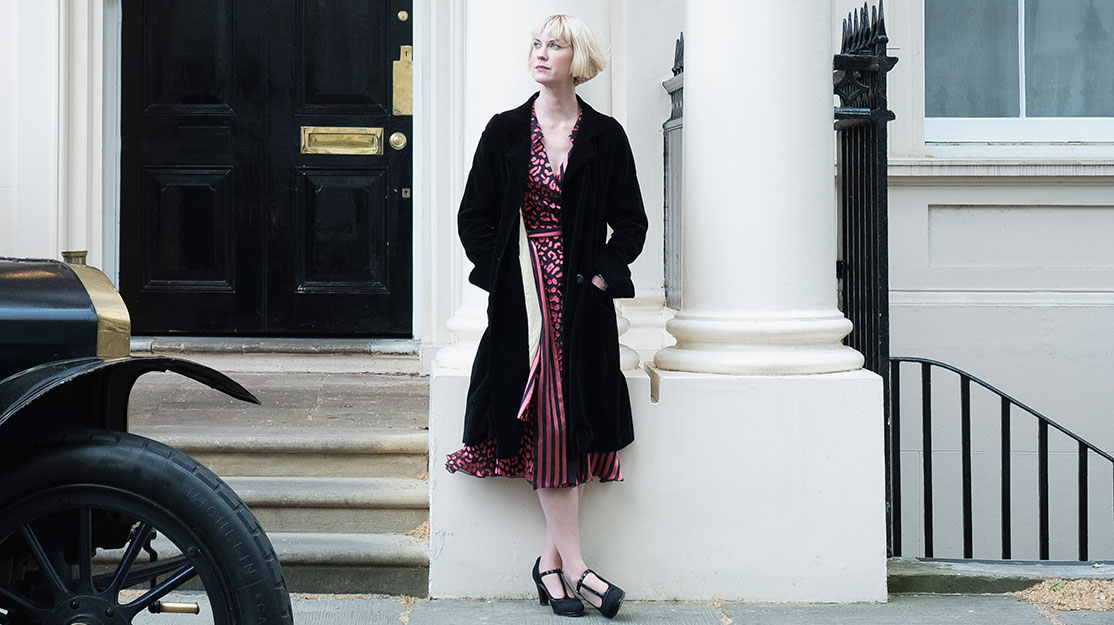 With Canadian mystery drama Frankie Drake Mysteries back for a third season, getting into character isn’t only down to the period costumes, star Lauren Lee Smith reveals.

With its charming blend of crime, mystery and the iconic backdrop of the 1920s, Frankie Drake Mysteries has pulled in viewers worldwide since it launched in 2017.

The Canadian-UK coproduction follows the adventures of Frankie (Lauren Lee Smith) and her partner Trudy Clarke (Chantel Riley) at Drake Private Detectives, Toronto’s only all-female detective agency, as they fight crime in the age of flyboys, gangsters, rum-runners and speakeasies.

In the third season, which launched in September, Frankie faces a family secret while the 10 hour-long episodes also bring her and her detective team – completed by Rebecca Liddiard as Mary Shaw and Sharron Matthews as Flo – into the world of British aristocrats, illegal boxing, political fundraisers and the supernatural. The show is produced by Shaftesbury for the CBC in Canada and UKTV, with Kew Media Distribution handling global sales.

When DQ meets Smith in London, she has arrived to film the first scenes of the new run, which will feature exterior shots of the British capital that will then be merged with footage filmed on interior sets recorded back in Toronto.

Talking about returning to the show, she says: “It’s amazing. I feel very fortunate first of all, because you just never know in TV if you are still employed or not, which is a little crazy, but it’s been an incredible journey. Season one is always great because it’s filled with so much excitement. And then season two, we all sort of eased into it a little bit and we knew what we were doing. It was like coming back to school after summer vacation.

“Now, in season three, we’re all really, really excited to see what’s in store. It’s also nice because we shoot 10 episodes for five months and then we’re off for seven months. So by the time we get back to shooting, everyone’s excited to get back at it. So I’m just really looking forward to it and we’re excited to get back to hanging out with the girls and finding Frankie again, and pretending to be way more badass than I really am.”

In London, Frankie is meeting some friends – and bumps into Agatha Christie – when she stumbles upon a case to solve. Then when she returns to Toronto, she reunites with her team for further mysteries. Smith says the show is moving up a gear this time out, with more in-depth puzzles to solve and bigger action sequences.

“We’re going to amp it up a bit,” she continues. “Something I always really liked is that people said season one was like we were trying to create a female Indiana Jones vibe, and that’s a great way to look at the show. We’re bringing a little bit more of the action adventure for season three.”

The Vancouver native – who has previously appeared in series such as CSI: Crime Scene Investigation, The Listener, The L Word and This Life – says she has fallen in love with the outgoing, physical and fearless Frankie, who she describes as a superhero. Smith works with a boxing trainer for several months before filming starts to help her feel “super tough,” something that has become especially valuable as she prepares for the extra stunts and action in the new batch of episodes.

“But even just for me, to physically find Frankie, I found it really useful to have the boxing training,” she says. “You stand differently, walk differently. It’s just different, and it’s hardcore training. I do I find that it helps me to find the character. I would never in my life wake up in the morning like, ‘I’m gonna go train hardcore for the next two hours, five days a week.’ Not in a million years! But I love to have an excuse to do that.”

Over the first two seasons, Smith says Frankie has slowly let her guard down and allowed more people into her life, not least the three women who work alongside her at Drake Private Detectives. The female ensemble leading the show is one reason why the actor describes going to work every day as a “joy,” adding: “It’s amazing to be able to go to work with these three women who I genuinely adore and who are so talented. It definitely makes sense for the show, because it’s a little much to just have Frankie being able to handle everything. It’s not realistic; and for women in general, it’s a nice message to see these four women who aren’t at each other’s throats.”

Of course, one of the defining features of the series is its 1920s setting, with Frankie Drake Mysteries bringing all the razzle-dazzle of the jazz age to the screen. The hairstyling, make-up and costumes are more than just window dressing, however, with Smith reaping the benefits in her performance.

“You instantly hold yourself differently – you completely transform yourself [in costume],” she says. “So the team do an incredible job with that and also with the sets they build. I have no idea how they do it. I feel like we go home from work and these magic elves come in and turn run-down old studios into these beautiful sets, and they miraculously do it overnight. They change every episode, every day sometimes. Often we come on the set and we feel like we’ve been transported back in time.”

The actor also highlights a lightness of tone to the show that invites the whole family to sit down together and find comfort in the procedural series – a factor that has won it fans around the world. Among the international networks that carry the series is US cable channel Ovation.

“It’s a really great backdrop that we have, being early 1920s. It’s a fascinating time, and for women in particular. Women in Canada had just received the right to vote and, because of the war efforts that they were a part of, there was a newfound respect for women and a new freedom that women were experiencing in the flapper era.

“It’s a really interesting setting for a series. And then to have these four women who are so different, combined with the fact you know you’re going to get a fun, interesting mystery, it’s a really good combination. It leaves a lot of room to see where the show is going and where we can take it next. There are always mysteries to be solved. Hopefully we get to solve a lot more.”