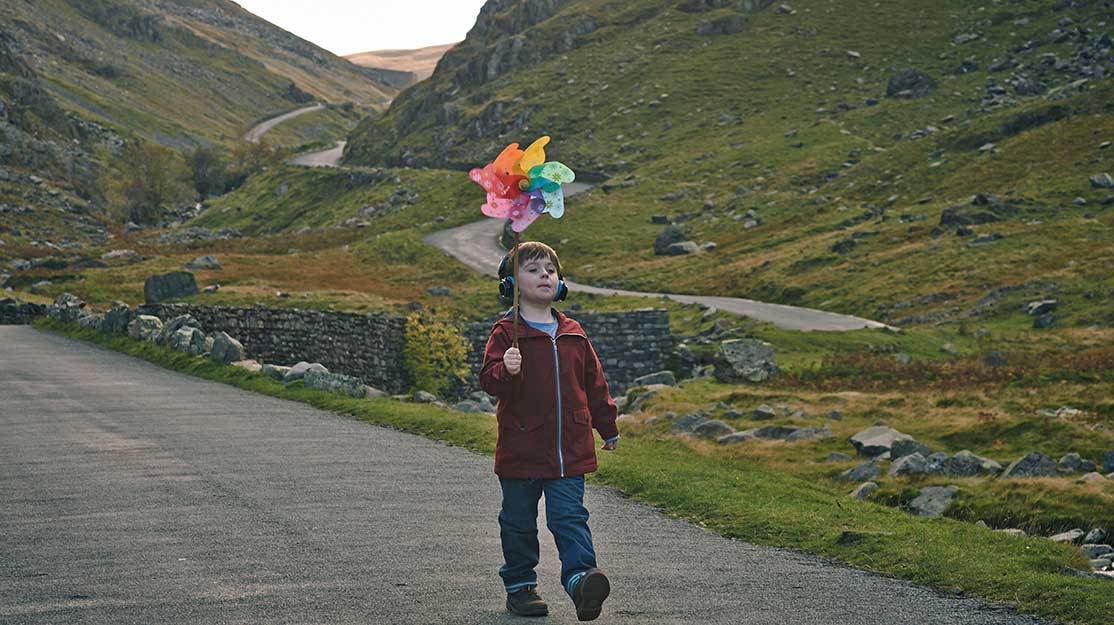 Bringing its A game: BBC1 tackles autism in The A Word

A family struggles to cope when their youngest son is diagnosed with autism in BBC1 drama The A Word – the latest international drama to be inspired by a hit Israeli series.

Israeli dramas have inspired a host of successful international remakes, most notably In Treatment and Homeland – based on Be Tipul and Hatufim (Prisoners of War) respectively.

Now comes The A Word, a BBC1 series that finds its origins in Yellow Peppers and tells the story of a family that struggles to cope when their youngest son is diagnosed with autism.

The cast is led by Christopher Eccleston, Morven Christie and Lee Ingleby and also includes Greg McHugh and Vinette Robinson. The series also introduces six-year-old newcomer Max Vento as Joe, whose diagnosis with autism proves to be the catalyst for an emotional, thought-provoking and often funny family drama penned by Peter Bowker (Marvellous, Capital).

Having worked as a teacher of children with learning disabilities for 14 years and known for putting social issues at the heart of his writing, Bowker had been interested in writing about autism when Johnson approached him with a proposal to adapt Yellow Peppers.

“I went in to see Keshet worried they just wanted me to transcribe it (into English) and the first thing they said was they didn’t want a cover version, they wanted something brand new,” Bowker says.

“I always want to write about how families see themselves, how the myth of the perfect family pervades our culture and puts great pressure on people to appear that way. A lot of my writing is about people who are, for other reasons, unable to express the most profound emotions. That for me is what’s interesting in drama, when you are not articulate enough to express that.

“It’s already in the ballpark of what I like to write about, but what I wanted to do here was take a family that, on the surface, is aspirational, fairly comfortably well-off, smart, funny and articulate but that still can’t talk about this stuff.”

The series opens with young Joe, played by Vento, walking alone through the scenic Lake District carrying nothing but a pinwheel spinning in the wind (pictured top), his headphones blasting the Arctic Monkeys. Later it becomes clear there’s something more to his love of music than is first apparent, while he also becomes the subject of arguments between his family, leading to his diagnosis.

Bowker purposefully keeps Joe’s diagnosis hidden from viewers at the start, preferring instead to initially present him as a young boy who simply doesn’t quite fit in.

“I wanted to write about hidden disability, hidden difference,” the writer explains. “I felt if you had a child pretending to be a child with severe autism, it would be both unwatchable and exploitative. I wanted to get under the bells and whistles of visible disability and look at what happens when there are a number of behaviours that don’t quite fit.”

Another key character in the drama is the setting – the Lake District in North West England provides a picturesque backdrop to The A Word, which takes in a number of outside scenes and even sees some characters running through the hills.

“I chose the Lakes very early because in the original, they’re living on the edge of a desert,” Bowker says. “I chose somewhere where it looks like you’re raising a child in paradise until the problems for the child arise, in which case how do you access resources? And the Lake District is both pretty and threatening so suddenly you start to see the landscape in a completely different way.”

Behind the scenes, Bowker enjoyed collaborating with lead director Peter Cattaneo (Rev), who helms the first three episodes in the six-part series.

While he has no aspirations to get behind the camera – “People ask me if I want to direct and I don’t” – he says Cattaneo immediately understood the style and tone of The A Word that he had written into his scripts, all played out to a pulsating indie soundtrack.

“I loved Rev. It was brilliant in so many ways but, particularly, I’m an atheist and yet he made me care about faith – and I wanted a director who could make this special to someone who had had nothing like these kinds of experiences,” Bowker says. “It’s no use to me if just parents of children with autism watch it. It’s preaching to the converted anyway. It needs to be more universal than that.”

Working on The A Word, Cattaneo enjoyed finding a similar balance between comedy and pathos that he employs in Rev. Visually, he also makes the most of the sweeping vistas offered by the Lake District setting in which the action plays out.

“It’s like life,” he explains. “Life is about laughter and tears and it was about trying to not go too maudlin with the sad stuff but ensure it was poignant, and not to go too gaggy with the comedy but hopefully to make deft moves from one to the other. For this, authenticity felt key.

“Pete was brilliant. He let me get on with it but it was great to have someone to turn to as a collaborator. He let me direct and we’d talk about my notes here and there to open it out visually. He was very respectful.”

Bowker is already thinking of a second season of The A Word – and beyond: “My ambition for this is to ‘do a Boyhood’ (Richard Linklater’s acclaimed film tracking 12 years of a boy’s life) and watch him grow up, because the challenges change over time and I’d love to follow a family for that length of time.”

Until then, he’s concentrating on an epic Second World War drama called World on Fire, produced for the BBC by Mammoth Screen. He also has aspirations to work with producer Julian Farino on a “gritty but sweet” series based on the real-life story of a group of Syrian refugees who are rehomed on the Scottish island of Bute.

“Perhaps not for new writers, but for established writers, it feels like a great era of television,” he adds, citing Russell T Davies (Cucumber), Sally Wainwright (Happy Valley) and Andrew Davies (War & Peace) as scribes at the top of their game. “The ambition and the understanding that an audience doesn’t have to be spoon-fed is incredibly encouraging.”