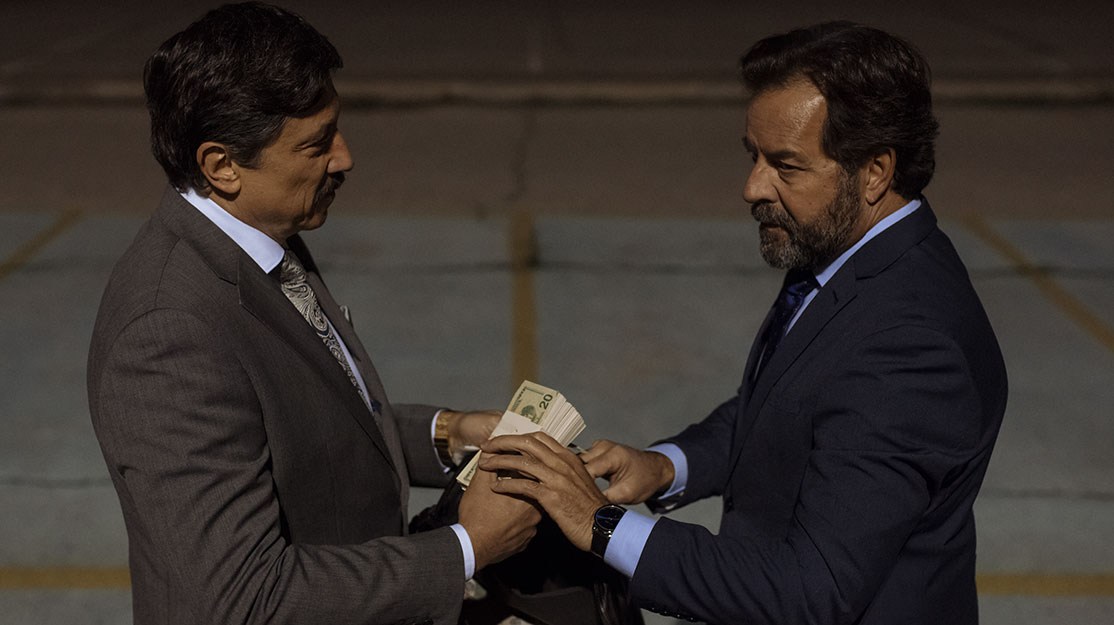 Bambú plays politics: Meet the team behind The Embassy

The creative team behind the period drama dubbed the ‘Spanish Downton Abbey’ turn their attention to politics and corruption in The Embassy. Michael Pickard speaks to producers Ramón Campos Sáez and Teresa Fernández-Valdés.

Since Bambú Producciones launched in 2007, the Madrid-based production company has made its name with a string of hits in Spain and around the world.

But it was period drama Gran Hotel, dubbed the “Spanish Downton Abbey,” that became a worldwide success and put Bambú, led by Ramón Campos Sáez and Teresa Fernández-Valdés, on the creative map.

In their latest series, La Embajada (The Embassy), they explore politics and corruption, following the new Spanish ambassador to Thailand as he navigates the chaos and deceit of life at the embassy and the subsequent implosion of his family life while fighting to hold on to his integrity and morals.

“We wanted to talk about corruption in Spain so we started speaking with (Antena 3 owner) Atresmedia about how to mix romance and corruption,” Campos says. “They wanted a contemporary series and we thought that if we wanted a very glamorous series with pretty costumes, we needed a special place. So we took the show to Thailand – diplomatic people can be corrupt but are also very elegant. Adding in some romance, we started to create the series.”

Fernàndez-Valdés continues: “With this series, we have the chance to speak about politics and corruption. It’s a political thriller because something happened with the last ambassador so the new ambassador starts investigating and crosses the line to find the dark world within the embassy in Thailand. In our embassy, the corruption is from the Spanish people who live in Thailand and the ambassador.”

The series opens with a convoy of Spanish police cars approaching the embassy, where officers proceed to arrest ambassador Luis Salinas (Folk) on charges including bribery and money laundering just a year after he took up his post in Bangkok.

As the court case opens against Salinas, viewers are taken back to the day his wife (Rueda) joined him in Thailand as the story plays out using a series of flashbacks to reveal the events leading to the ambassador’s arrest.

“The story starts when the judge asks how everything happened. Then we go back one year to see how it happened,” Fernàndez-Valdés says. “But sometimes in the middle of an episode, we jump back to the trial and hear from the witnesses. The ambassador was the person who was supposed to clean up the embassy, but you can see in the first episode that things didn’t go to plan. So you must discover what happened. If he came to clean things up, how did he end up in jail?”

Flashbacks aren’t a common storytelling mechanism in Spanish television but Campos, who co-created the story with Bambú development manager Gema Rodríguez Neira, says he is keen to take new risks with storytelling.

“Flashbacks aren’t very popular,” he says. “They are new to audiences but we write very simply. We know our audience; we know that if the story is too complicated, the audience will go.”

Fernàndez-Valdés adds: “It’s a little risk and in Spain we have to change fiction step by step otherwise you lose your audience. In this case, the flashbacks give the series something original. We don’t have any shows talking about corruption and politics but we are trying to do something that everyone can understand and follow, so it’s also about a family.”

Bambú used news archives as part of its research for The Embassy, though attempts to visit a real Spanish embassy were shut down. “We had a date with the London embassy but at the last minute they cancelled because the Spanish government told them nobody should collaborate with our show,” Fernàndez-Valdés reveals.

The crew and cast then spent three weeks travelling around Thailand to film exterior shots of cities and beaches, while most of the production was completed in Spain, using green-screen technology to blend sets with Thai backdrops.

“We have experience with green-screen production but this is the most we have used it,” Fernàndez-Valdés notes. “For the actors, it’s difficult to imagine they are somewhere else but we are trying new things. The tone of the series is also new – Spanish programmes always have a strong love story but here the political story is more important.”

Campos adds: “It’s a mix of The Firm and The Affair. It’s a political thriller with very provocative and complicated relationships.”

The Embassy airs at a time when the Spanish television industry, much like the country as a whole, is recovering after its recent economic woes, while broadcasters are also facing new challenges posed by Netflix, which launched in the country in October 2015.

“We feel like the industry is getting better now,” Fernàndez-Valdés says. “The broadcasters are concerned that they must produce new series because of Netflix’s arrival, but budgets came down when we had the financial crisis in Spain and now they think we (producers) can make shows with less money, so it’s very difficult to get back to bigger budgets.”

Bambú, however, has embraced the arrival of Netflix and won the opportunity to produce the streaming site’s first original Spanish series. The as-yet-untitled drama follows four women who are hired as switchboard operators at the only telephone company in 1920s Spain. The series description says they have “come from all over Spain to work at the forefront of a communication revolution in the middle of Madrid – a place that represents progress and modernity, where jealousy, envy and betrayal get mixed up with a hunger for success, with friendship and love but, above all, with dreams.”

The 16-episode first season will begin production in Madrid this year and will debut on Netflix around the world in 2017.

Gran Hotel and Velvet were already available on Netflix and had been successful enough for Eric Barmack, the streamer’s VP of international originals, to contact Bambú last Christmas in the search for ideas for original series.

“We presented them with some ideas and we thought that if they liked Velvet and Grand Hotel, maybe they wanted similar series,” Fernàndez-Valdés explains. “We also presented one in development about these four girls in 1929 who work for the first telephone exchange in Spain. It’s a series about the relationship between the girls. (Barmack) very quickly said, ‘I love it.’”

After several meetings, the Bambú team thought their pitches had come to nothing – before Barmack contacted them to ask when they could deliver the first episode.

“It came very fast,” admits Fernàndez-Valdés. “In Spain it takes months to sign the contract. It’s the fastest deal we’ve ever done. We’re going to start shooting this summer.

“Netflix is going to push the commercial channels to make more effort. We are also only working for two channels in Spain because (public broadcaster) TVE doesn’t have a strong budget, so its developments are smaller. After that we have Atresmedia and Mediaset, but only Atresmedia is pushing fiction in Spain. Now we have Netflix.

“The message from Netflix is very clear. They want to conquer Spain but we need to give to them something new, something different. We are very proud to be producing the first Spanish series, but there’s a lot of responsibility!”