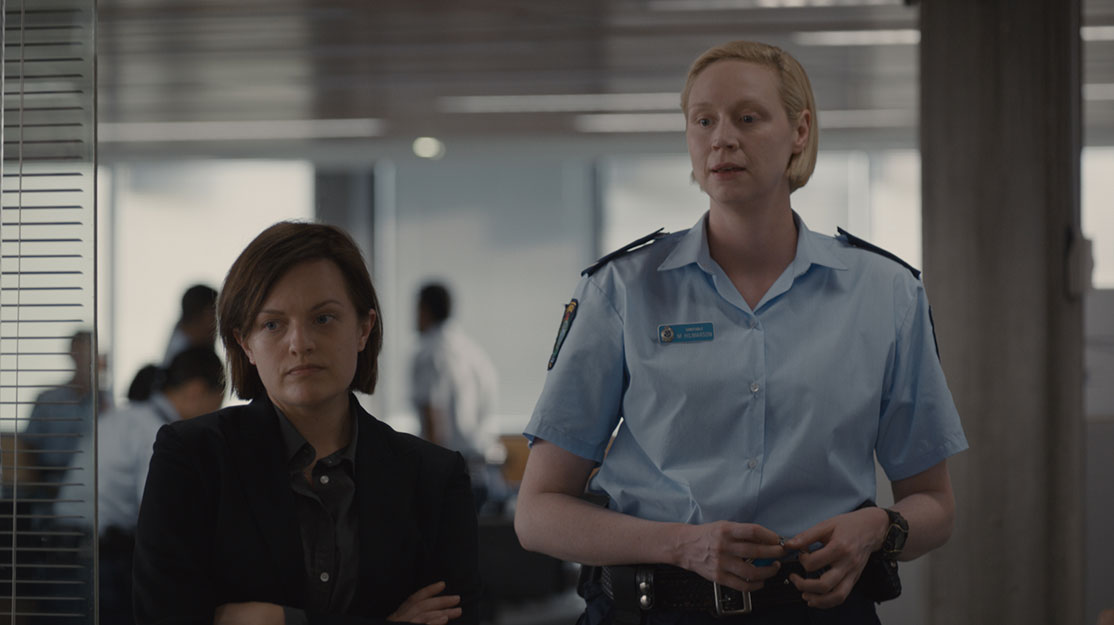 Back to the Lake

The biggest hit at this year’s Cannes Film Festival wasn’t a film at all. Now, ahead of the show’s television debut, Top of the Lake: China Girl producer Emile Sherman tells DQ about reuniting with writer Jane Campion.

Emile Sherman and Jane Campion were pretty confident they had a winner in the sequel to Top of the Lake when they got the thumbs up at the first screening for its commissioning broadcasters, which include the BBC, SundanceTV and Foxtel.

But it wasn’t until Top of the Lake: China Girl had its world premiere at the Cannes Film Festival to wide acclaim, alongside the first two hours of David Lynch’s Twin Peaks series for Showtime, that they knew for sure.

“It was a gamble because Cannes is that prestige-level festival and as a TV series you are an outsider to all those films,” says Sherman, the co-founder of See-Saw Films, which co-executive produced the six-hour miniseries with Campion.

“We just didn’t know how it was going to be received. It is always incredibly exciting and nerve-wracking to launch your baby into the world. We felt Cannes was a wonderful opportunity and platform to position the TV series as the highest quality and to differentiate it from so many of the TV series around the world.”

Typifying the rave reviews, The Hollywood Reporter’s Todd McCarthy said the sequel co-scripted by Campion and Gerard Lee “bristles with the same kind of sexual, psychological and sociopolitical frankness that the original served up, but with a different feel based on the often grungy urban Sydney settings.”

Variety’s Brett Lang hailed a twisty mystery that will keep audiences guessing until the final credits roll, another knockout turn by Elisabeth Moss as Detective Robin Griffin and stellar work from Nicole Kidman as a mother dealing with a volatile teenage daughter.

Campion directed episodes one and five and, in his TV debut, Aussie Ariel Kleiman directed the other four. The producers hired Kleiman after being impressed with his short films and his first feature, Partisan.

Sherman describes deciding on the co-director as the show’s biggest creative choice, involving a search for likely prospects in Australia, the US, the UK and parts of Europe.

“We needed a director who respected and understood the tone of the series. It is slightly heightened in some ways but for Jane it is not heightened because that is how she views the world. Ariel understands that and he also brings out the humour in the story; he has that Australian/European sense of the absurd but always grounding everything in the truth.”

Sherman was keen to do a follow-up while the first season was shooting in Queenstown, New Zealand, in 2012. But Campion decided she would only revisit Top of the Lake if she and Lee could come up with a compelling idea. That emerged from brainstorming sessions at the director’s holiday home in New Zealand, also attended by producer Philippa Campbell.

BBC2 in the UK, US cable channel SundanceTV and BBC First/Foxtel in Australia were all keen for a sequel and Arte again took the French and German rights. As the primary commissioner, the BBC financed the development, with BBC Worldwide again distributing. SundanceTV then brought in Hulu, which will start streaming the show the day after its Sundance premiere, replacing Netflix, which had the second window to the 2013 original in the US. Hulu’s contribution enabled the producers to slightly raise the budget and thus to pay higher fees to the talent.

“Broadcasters want to be involved in shows that get the highest level of publicity and awards focus rather than doing things that are necessarily just going to appeal to the largest number of people,” Sherman says.

The plot follows Moss’s Griffin as she returns to Sydney and tries to rebuild her life after the events of season one. When the body of an Asian girl washes up on Bondi Beach, there appears little hope of finding the killer – until she discovers “China Girl” didn’t die alone.

Game of Thrones’ Gwendoline Christie (pictured top alongside Moss) plays Miranda, a fellow cop who has an uneasy relationship with Griffin. Kidman plays Julia Edwards, who adopted Griffin’s daughter Mary (Alice Englert), whom she gave up at birth after being the victim of a gang rape when she was 15, as chronicled in the first season. Swedish actor David Dencik plays Mary’s much older boyfriend Puss, who owns a building in Kings Cross that houses a brothel.

Sherman rates the length of the shoot (16 weeks), the number of takes, the cinematography, the lighting and design as comparable to the highest levels of the movies he’s worked on.

Campion adds: “The attraction for Gerard and me was to make something entertaining and enjoyable, which is also the way we see the world and the things that scare us and the things we find moving. It’s about our lives, parenting, reproduction, IVF, kids, being mothers and fathers…”

Lee interjects: “And we’re passing it off as a detective story so people will watch it.”

Would Sherman like to do a third chapter? “I would, but I am being patient,” he says. “Jane always toys with a range of ideas and, at a certain point, she and Gerard decide if there is something they are really excited about telling.”