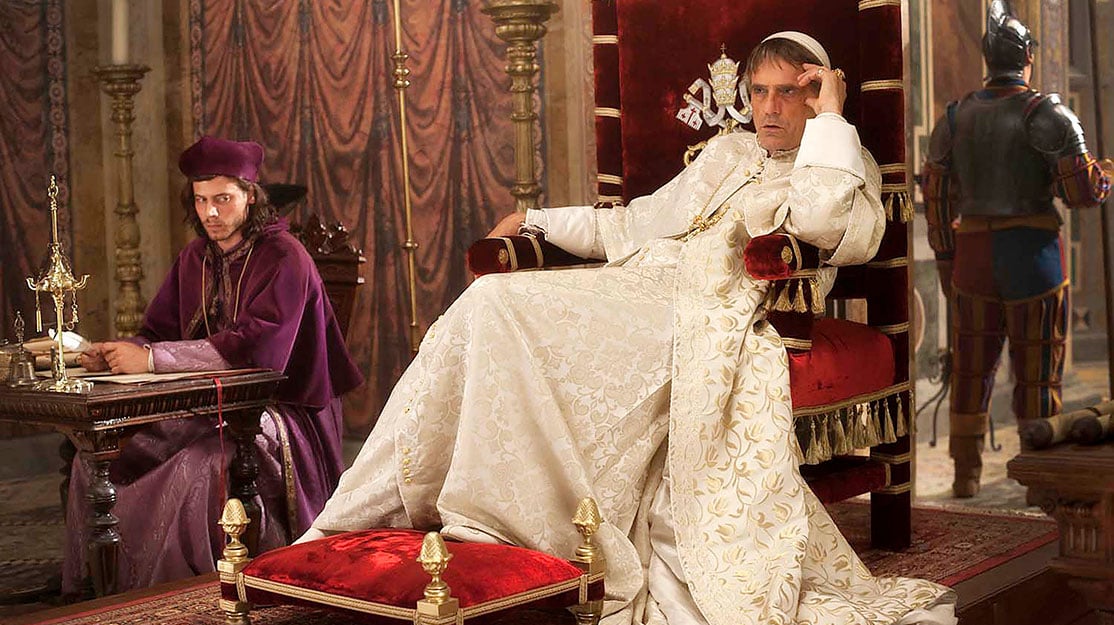 Adam O’Neill, art director and the chairman of the British Film Designers Guild, tells DQ how art departments have been affected by the current production shutdown and outlines the biggest changes to his on-set role.

While thousands of people across the television industry – alongside many others in almost every other line of business – have been left out of work as productions shut down around the world because of the coronavirus pandemic, it’s still shocking to hear how different parts of the business have been affected so deeply and universally.

“The vast majority of people I am in contact with are out of work; they’ve been laid off,” says art director Adam O’Neill, who is chairman of the British Film Designers Guild (BRDG). “There are a few productions that have decided to furlough their employees so they’ll be getting some money [as part of a government scheme to support workers]. But about 95% of the people who work in the art department in film and TV are not working now. It’s pretty strange times at the moment for everyone.

“There are a few of us for whom, in the old days before things got so busy, it was not uncommon to have a few months off in between jobs, while you’re looking for the next one. I don’t think it’s a problem if it’s two or three months. But if it goes on longer than that, and it could do, it’s hard to see how, particularly with international productions, things will carry on as normal.”

Dating back to 1946, the guild was founded to raise the standards and profile of the art department in film and television. It now has more than 520 members spanning the various branches of the sector, from production designers and concept artists to construction managers, set decorators and model makers.

To support its members, the guild is posting regular updates and links to information on its website, helping them to access money while they are out of work. But a discrepancy between freelance workers and those considered to be employees by various productions means the process has been complicated.

“A lot of the lower-paid grades in the art department are paid as employees and, in theory, they can be furloughed and continue to be paid, but there are a lot of people who are between jobs so they can’t be furloughed, so there are questions about what happens to them,” O’Neill explains.

“It’s also thrown up the slight absurdity that certain grades in the art department are forced on to PAYE [the government’s employee Pay As You Earn tax scheme], and you can’t change that until you reach a higher grade. But it’s silly to call them employees, because they’re not. They’re freelance workers and have no job security; they have no pensions at present and they have no sick pay, redundancy and so on, but they’re called employees. They also can’t access any of the benefits of being self-employed.

While there has already been a push to change the system, there is now further impetus to ensure people avoid being caught in between and missing out on benefits, while freelancers must also pay for their own equipment without compensation.

“It’s not about the levels of tax. They could regulate that in some way. It’s about having more flexibility,” O’Neill continues. “There are quite heavy expenses involved in being in the art department these days. Whereas 30 years ago you used to buy a T-square, a set square and a bunch of pencils and you’d be all set for the next 30 years, now it’s a lot of expensive hardware and software.

“Young people trying to come into the industry now have got to provide all that themselves and they’ve got to buy a lot of expensive software. An employee in a big company wouldn’t be expected to buy their own software.

“I provide about £20,000 of computer hardware and software for every job I go to, and it’s very hard to get any compensation for that. That’s one reason it makes no sense to call self-employed people coming into the industry employed people, because they don’t have the same status as if they’d gone to a company and got a job. They would be given all their equipment. It has highlighted that problem.”

The production shutdown comes at a time when art departments have never been so busy, thanks to the rise of high-end drama over the last decade, with O’Neill himself working in feature films in the early part of his career before doing more TV dramas in recent years. Big-screen credits include Gladiator, Alien: Covenant, X-Men: First Class, Robin Hood, AVP: Alien vs Predator, Troy and Billy Elliot, while his television work includes Pennyworth, Nightflyers, Fortitude, Penny Dreadful and The Borgias (pictured top).

“It probably started off with things like [HBO’s standout Second World War miniseries] Band of Brothers, which was a new approach to TV, to spend some money and have film production values,” O’Neill says of the changing TV landscape and growing demand and ambition for scripted series. “There’s been Game of Thrones and Boardwalk Empire, which have really ramped up the demand for high-end TV and all the streaming services. That’s been the big change in terms of the work.

“I used to draw on a drawing board – computer technology was quite slow to come into the film industry. There were always a few early adopters, but actually drawing by hand is something that works very well for TV and film because it’s very fast and flexible. Computers are fast as well, but the slow part is putting the information in in the first place and then it’s very fast to change it. But these days there are as many people drawing on the computer as there are by hand.”

“That’s been the big change, and so there’s a lot of people coming into the industry now and that’s all they’ve ever done,” O’Neill says. “I had to go on a course and learn it and I’ve been drawing on the computer for 10 years or so now. It’s a very useful tool; I enjoy it and I’ve done films where I’ve not done a single hand drawing– I’ve been entirely on the computer – but  there are differences.

“The differences we’re seeing with the people coming in now is there is a certain judgement with the way things look that’s hard to get if you haven’t learned to draw by hand. It’s just something to do with appreciation of scale and proportion. It sounds very old-fashioned, but if you haven’t learned that before launching into the whole world of 2D and 3D on the computer, you do lose something. You do lose an appreciation of scale and of being able to master the details of things. They’ve been the major changes over the past few years.”

O’Neill picks out Gladiator, the historical epic starring Russell Crowe as a Roman general-turned-slave out to avenge the murder of his family – as a particular career highlight. It’s also one of a number of projects he has completed alongside director Ridley Scott.

“They’re always an event,” he jokes. “That was a particularly good one for me. I was given a large set to work on for the first time, so I drew up the Imperial Roman palace, Commodus (Joaquin Phoenix)’s palace, and I did various things for the Roman streets. We built a huge set in Malta.

“CG has been around for a while but we were still at that point where it made sense to build a lot of sets rather than CG the whole lot. We built a very big set in Malta and there was another in Morocco. That’s been the standout one for me.”