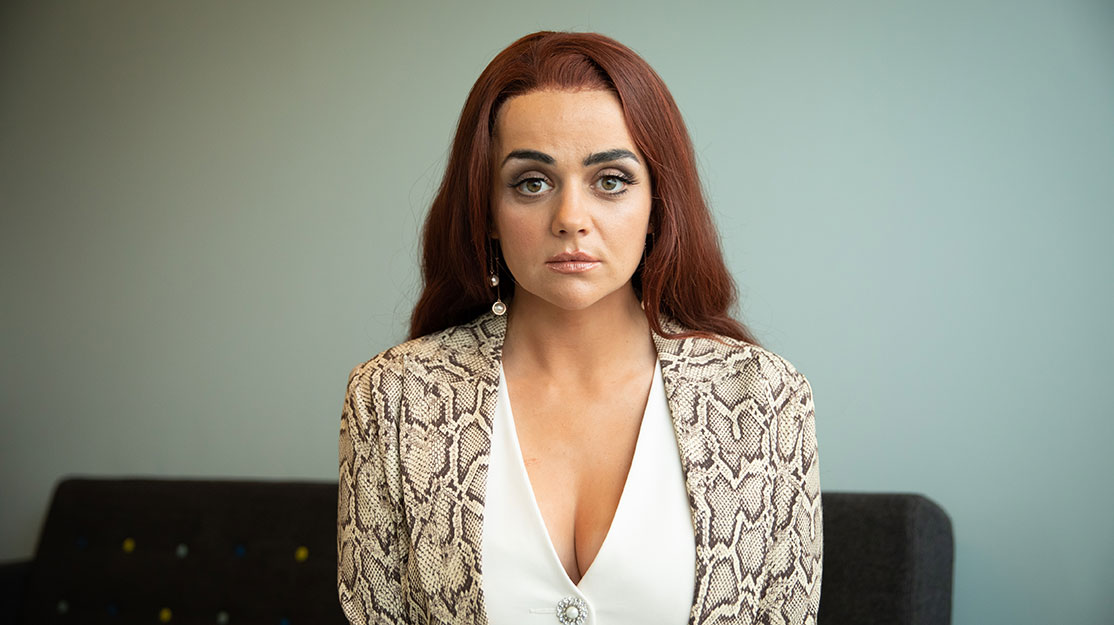 British miniseries Adult Material stars Hayley Squires as an adult industry performer who begins to question what’s real and what’s fake in the only business she has ever known as her life and career begin to unravel.

Even in the glacial world of TV commissioning, nine years is a fair time to elapse between conception and completion of a four-part miniseries. But then not every four-part miniseries is about a woman in her mid-30s who has reached the top of the British adult film industry, only for everything to come crashing down.

“We took this show to every buyer in the UK and US and even Europe,” says exec producer Patrick Spence, formerly MD of Adult Material producer Fifty Fathoms but now creative director at ITV Studios. “Everyone who read the script said, ‘It’s brilliant, but we’re obviously not going to make it.’ Where the story goes to is difficult, grown-up, moving and challenging.”

“It’s really brave of Channel 4 to do this,” says creator Lucy Kirkwood of the UK broadcaster that eventually picked up the series. “You need the right people at the helm who could see why it was worth doing, so we had to wait for the right moment for all those ducks to be in a row.”

The central figure of Adult Material is Jolene Dollar, played by Hayley Squires (above), who says the character has “broader complexities than any part I’ve played before.” She continues: “Everyone has a different opinion of sex and the role it takes in your life. Jolene looked as it as a way to make money, have a career and a family life, to achieve something and be in control of her life when she has very few options. When she dies, she wants to have lived a life where she thrived, not just survived.”

Kirkwood picks up: “I wanted to write about choices for working-class women in this country. In the current climate, with austerity and the gig economy, what are Jolene’s alternatives? Here she only has to go to the office two days a month, does the school run, has three-week holidays and lives in a really nice house – and earns more than the men, across the board.”

When DQ visits Jolene’s house in north-west London, we find her an outcast of the industry that had long celebrated her, after a grim incident on set brings her into conflict with both her long-time producer Carroll (Rupert Everett) and partner-cum-agent Rich (Joe Dempsie).

“She considers herself highly respected and in control, a mentor to younger women and able to deal with the business side and the men running the show,” explains Squires. “Then she realises a lot of it’s bullshit. The façade lifts when she doesn’t do what she’s told and doesn’t give them what they need.”

Skins and Game of Thrones star Dempsie, meanwhile, found himself intrigued by the complexities of his character. “With most scripts, there’s a clear way to read a part and know how to play a part,” he says. “But there are numerous points where Rich says or does things that will make the audience question his motivations and priorities.

“The domestic life of someone in the adult entertainment industry and how you maintain a loving trusting relationship… The impact of social media is really important here, and Rich is as addicted to ‘likes’ as anyone, sometimes placing them above the emotional needs of Hayley. I never made my mind up about parts of him.”

Despite the subject matter, Kelly says any reservations she might have had about getting involved in the Banijay Rights-distributed drama were extinguished early on. “They sent out a three-page description of the show explaining why and how they were filming it, and what they were trying to say with it,” says Kelly in wonder. “You never get that with auditions – this was a full-blown treatment, almost. I knew it wouldn’t be exploitative.”

The sex scenes themselves were, as is now increasingly the norm, presided over by an intimacy coordinator. “Yarit Dor helped us choreograph it, taking the stress and worry away,” says Squires. “We could think, ‘How does this sex scene act as a through-line for the rest of the story?’ I always felt comfortable and respected.”

“We all experienced a collective shift in reality with MeToo,” acknowledges Kirkwood. “People have been telling the story for quite a while, and suddenly we had a moment where everyone wanted to hear it, so the worst thing we could do is to tell a simple MeToo story.