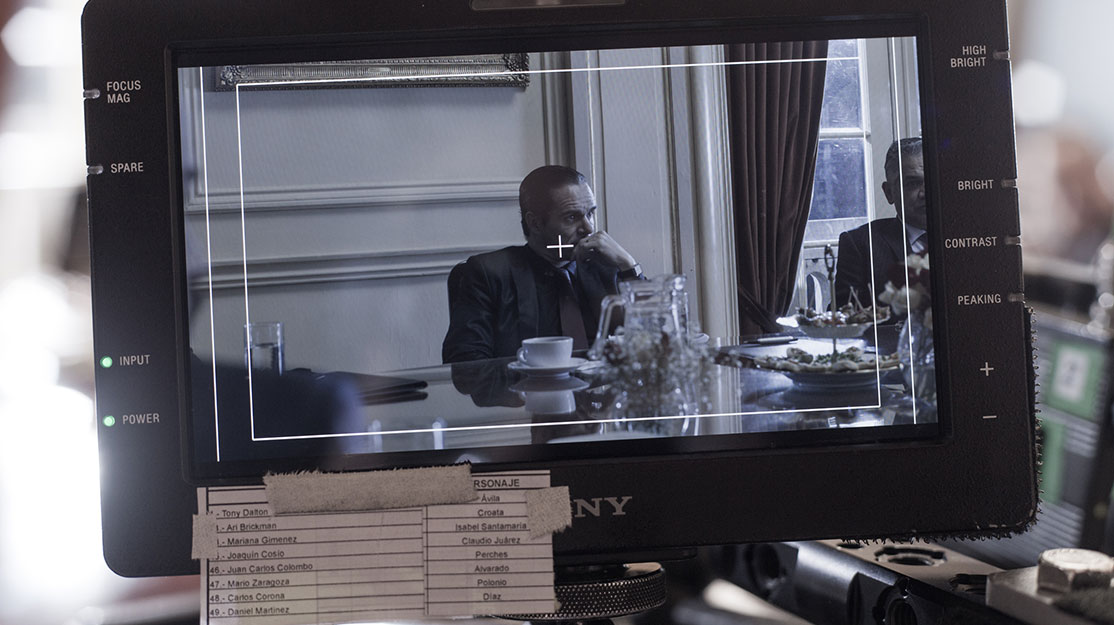 Director Fernando Rovzar and HBO Latin America’s Roberto Ríos tell DQ why Sr Ávila, which concludes with its forthcoming fourth season, should be remembered for a leading character comparable to Tony Soprano and the way it has changed the ambitions of Mexican television drama.

When it comes to flawed, complicated characters, Roberto Ávila stands alongside Tony Soprano, Walter White and Don Draper as a man tormented by his actions and emotions.

The title character of HBO Latin America’s Sr Ávila is an insurance salesman, father and husband who hides his double life as a hitman for a criminal network.

But with its fourth season – a 10-episode run that begins this Sunday – the series will come to an end. The final instalment sees Ávila, played by Tony Dalton, move up in the organisation to become the Señor (boss) of the company. Living in torment and under constant threat of death, he receives an assignment to kill someone the same age as his son.

HBO Lat Am had previously worked with the show’s creators and writers, Walter and Marcelo Slavitch, on Epitafios (Epitaphs), a 2003 Argentine crime drama that marked the cable channel’s first move into original series in the region. The show ran for two seasons, after which the writing brothers presented Ríos and network president Luis Peraza  with their next project, simply titled Sr Ávila.

“When we looked at it, it looked like a very strange title,” Roberto Ríos, HBO Lat Am’s VP of original programmes, recalls. “There was nothing particularly definitive about it, about what genre it was, but knowing the writers, we knew something was coming. Then we read the treatment and the whole story was there.”

Ríos, network president Luis Peraza and the Slavitch brothers developed the series over 18 months, before seeking out a production company to make it. But while the show was conceived in Argentina, by two Argentinian writers, the story itself was set in a place constructed of different worlds. That gave them the opportunity to approach Mexican producer Lemon Films, led by Fernando Rozvar and his brother Billy, who both “fell in love” with the project, Ríos says.

Launching in 2013, the series would mark a huge shift in the way television is produced in Mexico. “I’ve always been a very big fan of Argentine writers and screenwriters and I think there’s something in the way Argentines write,” says Rovzar, who has directed the majority of Sr Ávila’s episodes. “Because of the soap operas and television culture that reigned over Mexico for so long, we’re all about making our emotions external, while Argentines are really gritty about hiding their emotions, and that makes for a very interesting character.”

That meant Rozvar made the decision to produce the series in Mexico, but without ever saying the story took place in Mexico, so viewers didn’t know whether it was set there, in Argentina or even Brazil. “It could really be anywhere because this kind of darkness happens where you least expect it,” he says. “Because HBO is regional, the possibility to do a show that isn’t just for Mexican audiences was already amazing, so we maintained the noir idea that the Slavitchs proposed and gave the characters a little Mexican spice. Just in terms of the story, it turned out to be unique for Mexican audiences, especially because we’re not used to seeing something subtle and cinematic.”

That shift is characterised by Roberto Ávila himself, who has established himself on a network that is well known as the home of some iconic characters, Tony Soprano among them. “Tony was probably a breakthrough character in the history of entertainment,” Ríos notes of the main character HBO’s seminal mafia drama The Sopranos. “There was no one like him until then. Even us [at HBO] first watching the series when it came out, we were a little surprised by the whole thing. Now, many characters from Breaking Bad, Mad Men, Homeland – all these characters are ambivalent, they pursue a story that is conflicted and polarised. People love these things, and these characters are perfect for long storylines because it gives an opportunity for the characters to grow and people to understand them and their complexities. I’m very proud Roberto Ávila is now part of that canon.”

Rovzar agrees that Ávila is a standout character, with his journey taking him from hired assassin to the Señor calling the shots, all while juggling the pressures of marriage and family life.

“As we’ve developed the series, I’ve been trying to rescue this dark man’s humanity, trying to see if that small piece of humanity he has left is enough for him to gather the strength to break his chains and face his oppressor,” he explains. “He realises the power he’s had in the first three seasons has been an illusion. I actually think this final season is somewhat hopeful in that Ávila finally decides to make a decision and grab all the manipulation he’s endured and turn it around.”

Behind the camera, Rovzar has been inspired by the old architecture of Mexico City as the setting for the series, which reflects the fragile structure propping up Ávila’s criminal network – one that is destined to fall apart. During casting, he also looked for actors who, if the series had been shot in black and white, might make the show look like a period drama. “I wanted them to look like they weren’t from 2015,” he says. “I wanted to play around with the spectator in the sense they wouldn’t understand if this was modern or not.”

This style extended to the props, with characters sometimes using old-fashioned mobile phones. “I just wanted to play with the times,” he continues. “It’s amazing when someone goes to Argentina – I lived there 10 years ago – and some things are very modern and some seem really ancient in terms of technology. Sometimes the televisions were flat screens and sometimes they were 1970s screens; we’d mix them up a lot because Ávila lives in a mixed-up world.

“Having a show led by a Venezuelan and a Brazilian studio head, coming through Argentine writers, coming to Mexican filmmakers, it’s a very interesting mix and it really shows how united a region can be where sometimes we’re so divided. HBO is perhaps one of the only places that saw the region as a region, not as a set of separate countries.”

With another HBO hit, Game of Thrones, due to end with its eighth season in the first half of 2019, you could forgive some disquiet over HBO Lat Am’s decision to end Sr Ávila – whose third season won the International Emmy for best non-English-language drama – at this stage. But Rovzar says it’s to the network’s credit that it did not drag the story out beyond its natural conclusion.

“They definitely could have said let’s go to season 10 and see what happens and shoot multiple seasons at once like others are doing right now, but their attention to detail is something that has always impressed me,” he says. “Even though it’s sad to say goodbye, I think they made the right call in that it has to be the final season. There’s no place for Ávila after this season. His story has to end. We would have to spin-off and focus on other characters to continue, but I think Ávila’s adventure, he’s learned what he has to learn. Anything else would be stretching the story unnecessarily.”

The director, who also writes on the fourth season, adds that the series’ legacy will stretch far beyond its final episode, having made a lasting change to the aspirations and ambitions of Mexican television drama. “For me, if in five or 10 years time there comes a show where the director and showrunner says they saw Sr Ávila and thought, ‘That’s really good, I can do better,’ I think that would be amazing.