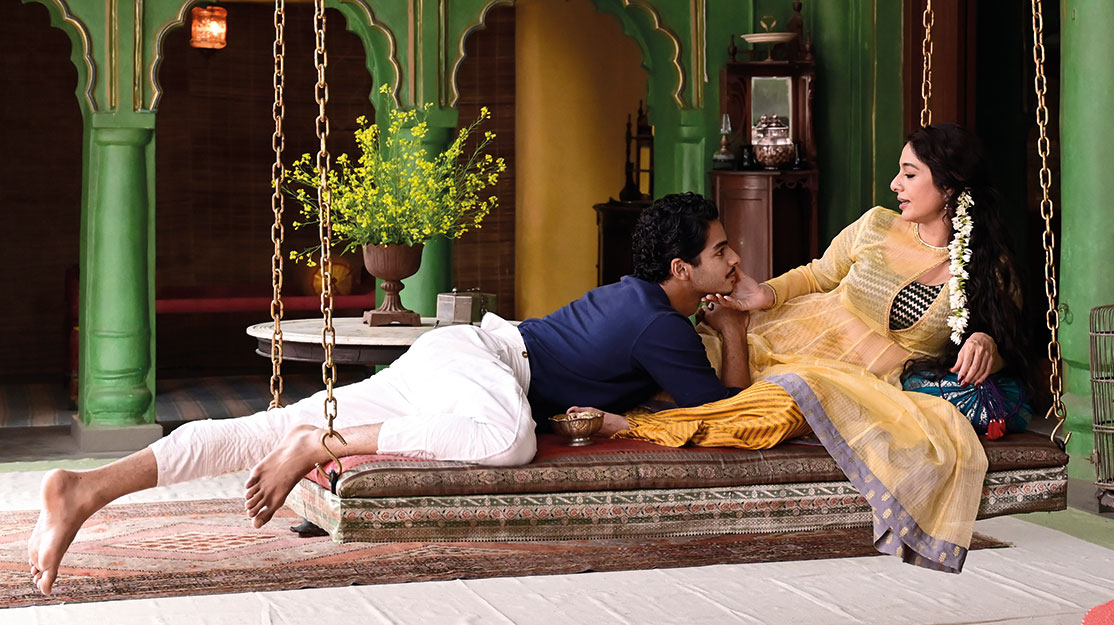 Executive producers Faith Penhale and Mona Qureshi open the book on the BBC’s adaptation of Vikram Seth’s 1,300-page novel A Suitable Boy, a coming-of-age story set in North India in the 1950s.

“The journey starts with your belief in something – your story, your project,” says Faith Penhale of beginning development for a TV series. “Your passion for it is the thing that drives you through, and your partners come on at different stages at the right point in time. Everything has to begin with ‘I really want to tell that story.’ For us, that journey began with Vikram’s book.”

Running to more than 1,300 pages, Vikram Seth’s 1993 novel A Suitable Boy is one of the longest books written in the English language. It centres on the coming of age of spirited university student Lata (Tanya Maniktala), unfolding in North India in 1951 as the country is carving out its own identity as an independent nation and is about to stage its first democratic general election.

Lata’s mother is determined to find her a husband – a suitable boy – but Lata, torn between family duty and the excitement of romance, embarks on her own epic journey of love and self-discovery.

Connected to Lata through their siblings’ marriage, the wayward Maan (Bollywood star Ishaan Khatter) is determined to enjoy life to the full whatever the consequences, much to the concern of his politician father. But could his infatuation with beautiful courtesan Saaeda Bai (Tabu) be one step too far?

Charting the fortunes of four large families, the vast story explores India and its rich culture at a crucial point in its history as the election looms and the country decides its destiny.

But there’s also another story: the tale of how A Suitable Boy came to be adapted for the BBC. “It was published more than 25 years ago and, in the last 10 years of my career, I have been regularly phoning Vikram’s agent to try to wrinkle out the rights,” explains Penhale, CEO of producer Lookout Point. “Vikram was notoriously cautious about who he might let adapt his book. It’s an expansive novel that tells the story of a young woman searching for her identity at a time when India, newly post-partition, was also searching for its identity.

“It’s a great story for our time today but it’s also quite particular. It speaks to that moment in mid-20th century India, so it’s got a great aesthetic to it. Ultimately, it’s a big family drama about the tensions that pull through us as a girl decides her own fate and her own life choices.”

Penhale says that although Seth wrote the novel from his own experiences, the story is easily accessible for a global audience, hence her determination to secure rights to the book. “Every six months, I was speaking to his agent. And in one conversation, his agent let slip that the only person Vikram would want to adapt his novel is Andrew Davies,” she reveals. “He had spoken many times about how the novel is greatly influenced by Leo Tolstoy and Jane Austen and that what he’d really love to do is find a screenwriter with a proven track record in adapting these epic classics.”

Having reworked Tolstoy’s War & Peace and Victor Hugo’s Les Misérables for the BBC and Austen’s Emma for ITV, Davies was sought to bring the same approach to A Suitable Boy. Penhale’s existing relationship with Davies brought him and Seth together, creating a partnership that “unlocked” the project. Award-winning Indian filmmaker Mira Nair (Monsoon Wedding) then came on board to direct all six episodes of her first TV series.

“After securing Andrew, we went straight to the BBC and – this is quite unusual – within 24 hours Piers [Wenger, controller of drama] and Charlotte [Moore, director of content] greenlit it. And 24 hours after that, Mira was on board,” Penhale recalls. “This had been a passion for Mira, unbeknown to us. We were huge fans of her, and within 24 hours Mira called us up and said, ‘So I’ve got to do this.’ Who were we to argue with that?”

Mona Qureshi, who executive produces A Suitable Boy for the BBC, says Wenger also loved the book and that everyone in the industry had been keeping tabs on the screen rights.

“We had these fantastic scripts and Mira came to it and brought her own layer of reinvention because it’s my history, my dad’s, but [Lata is] also a child born at the time of partition,” Qureshi says. “The things she spoke about, the experiences she had, the lookbook she came to us with, all the locations she knew that visually speak to that story – it’s about finding the story on a domestic level and then its resonance on an international level.

Optimistic that viewers will “engage and identify” with A Suitable Boy as much as they have with Amazon Prime series The Marvellous Mrs Maisel, which focuses on a female stand-up comic in the 1950s, Qureshi notes: “It’s a similar story of somebody trying to decide how to be happy without making anyone else happy, and dealing with conflicts of keeping your family happy while trying to do your own thing in an independent way and departing from tradition.”

Filming for the BBC Studios-distributed series was completed at the end of last year, having taken in a number of locations across India, including Lucknow and Maheshwar, and it will air later this year. “We have been really fortunate to find the most extraordinary locations,” Penhale says. “It hopefully has that flavour, that real sense of place that feels so critical to the experience when you read the book. We want to capture that feeling.”

The effort to fully realise the book on screen has been enhanced further by Seth’s close involvement with Davies and Nair behind the scenes. “It’s a triumvirate because we have had Mira, Vikram and Andrew working very closely together throughout the adaptation,” Penhale says. “There have been multiple, lengthy, very open, collaborative and discursive sessions using Andrew’s scripts.

“What’s so wonderful about the result, we hope, is it feels it has all the skill of a very well-crafted story. Andrew’s there as a screenwriter but it’s absolutely rooted in the authenticity of Vikram’s story and where it came from. Mira talks a lot about authenticity but she says it’s not authentic in a dreary or worthy way but in a way where truth is more wonderful than fiction, more magical and magnificent. That’s what she’s really brought out – the magnificent.”

India has become a hotbed of international drama series in recent years, on the heels of Netflix and Amazon’s expansion into the country with original series such as Delhi Crime and Sacred Games. UK broadcaster ITV, meanwhile, recently aired India-set period drama Beecham House. The show came from Bend It Like Beckham director Gurinder Chadha, who is now developing a series called The God Man, which centres on the charismatic leader of a religious sect.

“The really key thing [in India] is understanding and respecting the world,” Penhale says about filming in the country. “Your story is the reason for being there, but it’s not just about reversing in with your own techniques, styles and approaches. The thing we’ve really learned is we are working in a totally different system and style. We’re the ones who have to adapt to that. You adapt to it, you find fantastic teams with real experience and you go with that system. You don’t bring your own. It’s a totally new way of working.”

So, is she planning a return visit? “It’s been amazing. We would go back in a heartbeat,” Penhale adds. “We all hope Vikram might write a sequel.”