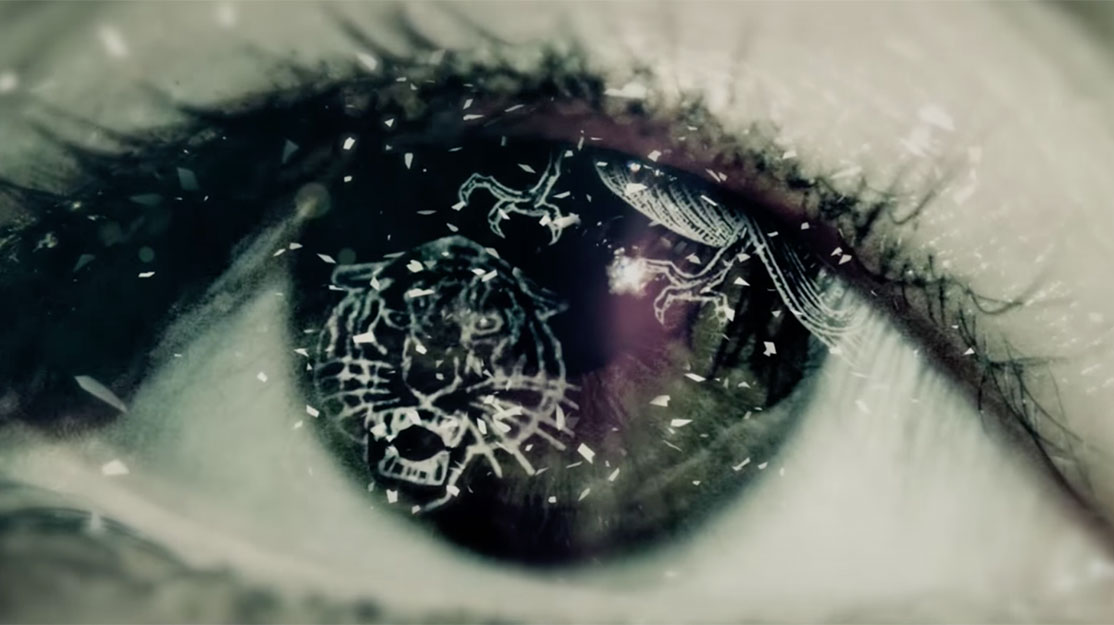 It’s the design studio behind title sequences from shows including Luther, Ripper Street, Fortitude and Hooten & the Lady.

But when Momoco discovered its work for The Last Panthers had been nominated for a 2016 Royal Television Society (RTS) Craft and Design Award for best title sequence, they didn’t hold out much hope.

“We didn’t think we would win – we were up against the Olympic Games,” admits design director Miki Kato of the titles for the BBC’s coverage of last summer’s sporting spectacular. “Hundreds of people worked on it, it’s amazing work. Whenever we’re against the Olympics, we have never won – but this time we did. We were really lucky and we appreciate it.”

In fact, 2016 was the second year in a row that Momoco took the RTS titles gong, having claimed victory in 2015 for its work on Channel 4 and AMC sci-fi series Humans. Another of the nominees that year was also a Momoco effort, Sky Atlantic’s Fortitude.

The London-based company also works across movies (Paddington, The Love Punch, Johnny English) and commercials (O2, Coca-Cola, Fiat), but has seen its volume of TV commissions rise amid increased demand for both title sequences and the series themselves to become more cinematic.

“The TV people started coming to us because they often wanted very filmic titles, and they know we’ve been doing film titles,” Kato explains. “Now we get even more TV titles than films.”

Creative director and producer Nic Benns continues: “Around 2010, after [we made the titles for] Luther and Misfits, we got a lot more work. You get to come up with a concept and the idea from the start.”

A French/UK coproduction between Warp Films and Haut et Court for Sky Atlantic and Canal+, The Last Panthers begins with an audacious jewellery heist in Marseille, bearing all the trademarks of the recently dormant ‘Pink Panthers’ gang – a group of real-life jewel thieves responsible for some of the most daring and glamorous heists in the world.

Written by Jack Thorne and set in London, Marseille and Belgrade, the pan-European drama has been sold to more than 120 territories worldwide by distributors StudioCanal and Sky Vision.

The creation of The Last Panthers’s title sequence began with Momoco viewing an early edit of the show, after which they were challenged to come up with concepts for the opening credits in competition with a number of other studios. Unusually, they were also guided by series director Johan Renck, who wanted to see some use of medieval imagery in the sequence while keeping it looking fresh and contemporary.

Benns says: “We usually get a script and go away for two weeks and come back with concepts. But it was nice to actually watch the show because you get the tone of it, even if it’s just a rough cut. You can also see the director’s style – we want our titles to segue seamlessly with the show.

“The initial idea focused on the Balkan war, so we had Serbian soldiers emerging as diamond thieves [see Storyboard 1]. This would all be shot slow motion with some live-action elements. Then as the concept developed, we had the idea of the shattering and fragmenting glass, and then we tried to weave some of the medieval elements into the glass [see Storyboard  2]. But it still felt like two separate ideas.”

The two elements of medieval imagery and a modern setting gelled together when images of mythical demons were put together with shots of the series’ cast, which included Samantha Morton, Tahar Rahim, Goran Bogdan and the late John Hurt.

“The idea is that the same demons that were tempting people centuries ago are tempting these contemporary thieves, these gangsters,” Benn explains.

Kato chips in: “Then we did a full storyboard with some scratched glass layers worked into it to unify it. Then a web motif comes out of the scratched glass and forms a network across the map of Europe, but it also looked a bit like a diamond [see Storyboard 3].”

Over a period of five weeks, the concept came together through several evolutions that, Benns says, aimed to tell a story linked to the show.

“The titles for us always have to carry a story across them,” he notes. “Sometimes it can just reflect the relationship of the characters, so it can be breaking apart or coming together at the simplest level. There was one film we did recently about an alcoholic director so we shot all the type through whiskey bottles and ashtrays and had that distorted. There’s always a concept, which you get after watching the show. With The Last Panthers, the main title logo was this fracturing image and all these pieces being pulled together.”

The high concept behind the title sequence was elevated further when the late David Bowie offered the title track for his final album, Blackstar, to be used as the accompanying music. Momoco has previously worked with music from Massive Attack (Luther) and Tricky (Good Cop).

“He was shown the storyboards and he told Johan he had a piece he was working on that would go well with it,” Benns recalls of Bowie’s involvement. “And he sculpted his piece of music to fit the 30 seconds running time and did a mix. Then he went back to finish the track for his album.”

Kato adds: “When we were working, he was singing goodbye and I didn’t realise he actually meant goodbye. It’s such an honour to work with David Bowie’s music. We usually get composers but it’s the clients who pick the music or hire composers to create some new music.”

The use of Bowie’s music also impressed the RTS award judges, who, announcing Momoco as the winner in November 2016, praised the “haunting, dreamlike and memorable visual sequence,” before adding that they “loved the Bowie track.”

While title sequences were once used to introduce individual characters to the audience, Benns and Kato agree that producers are now much more open to increasingly abstract ideas, with opening credits serving less as a marketing tool and more as a way to set the mood and tone for what’s about to follow.

“They’re a lot more atmospheric,” Benns continues. “Sometimes when it has to be cinematic, it’s just to do with the camera movements, giving them more weight and moving a digital camera like it’s a real one, like someone is behind it on tracks or a dolly. It’s got a lot more gravitas to it. With CGI, you can swing the camera more fluidly and dynamically and do anything you want with it but it’s about having more weight, grandeur and lighting. There isn’t a vast difference between cinema and TV anymore.”

With an increasing share of its work coming from the US, Momoco is now opening a studio near LA as its team aims to add to its collection of awards, which also include an RTS prize for Hannibal and a Bafta for Fortitude.

But their favourite work? “[Movies] The Love Punch and Hard Candy stand out,” Benns adds. “I’ve also got a soft spot for Luther, just because it got a good reaction and we were able to do other stuff like a graphic novel based on it.”