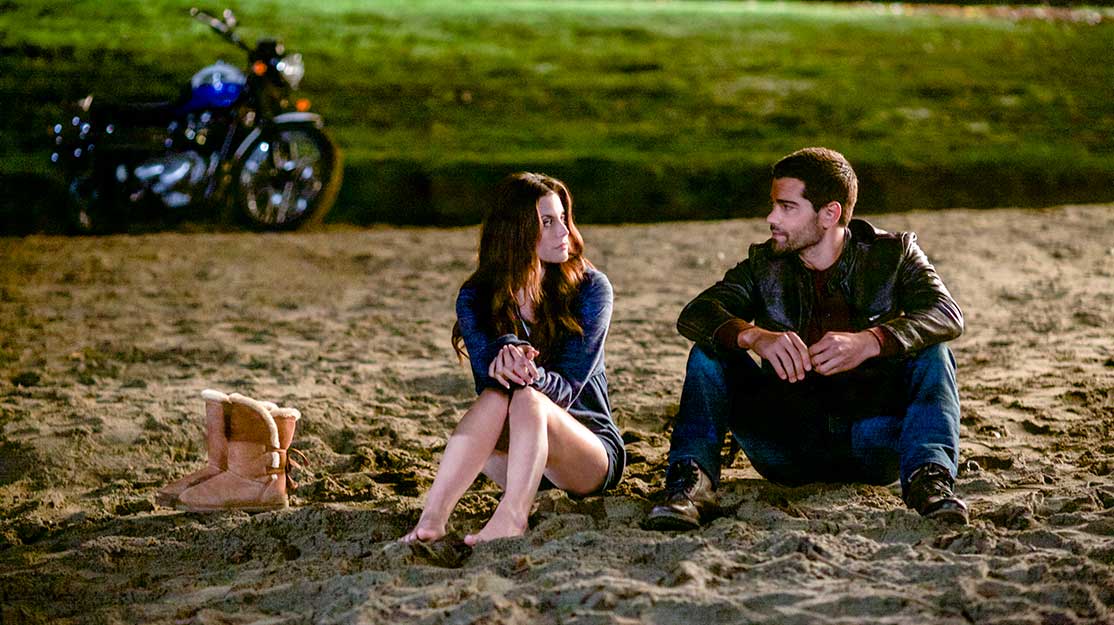 Best known for its extensive slate of made-for-TV movies, Hallmark Channel has broken into original scripted series in the past three years.

Cedar Cove was based on Debbie Macomber’s novels and ran for three seasons until 2015, while When Calls the Heart, adapted from Janette Oke’s books, will enter its fourth season in 2017. A third homegrown series, the Catherine Bell-starrer Good Witch, was spun-off from the Hallmark movie series of the same name and begins its third season later this year.

Another entry, Signed Sealed Delivered, debuted in 2014 and then transferred to Hallmark Movie Channel as a run of TV movies.

But what these series all have in common – and what Hallmark is best known for – is a sense of comfort and warmth, with storylines that focus on a family or a close-knit group of friends or colleagues, often living together in a small community.

The US cable channel’s next original drama, Chesapeake Shores, is also based on an existing property, this time novels by author Sherryl Woods. But showrunner John Tinker believes the series might be about to shake-up Hallmark’s winning formula.

Chesapeake Shores stars Meghan Ory as Abby O’Brien, a high-powered career woman, divorcee and mother of twin daughters, who makes a trip from New York City to her hometown of Chesapeake Shores. But the visit brings her face-to-face with her past, including high school sweetheart Trace (Jesse Metcalfe), her uncompromising father Mick (Treat Williams) and her esteemed grandmother Nell (Diane Ladd). Back home, Abby realises the toll her career has taken on her relationship with her children and starts to consider a permanent move to Chesapeake Shores.

It is a Chesapeake Shores production in association with Borderline Distribution. Tinker and Dan Paulson executive produce with Woods, director Martin Wood and writer Nancey Silvers.

The series debuts on August 14 with a two-hour movie, followed by eight one-hour episodes. Tinker came on board in March this year, with the feature-length premiere already wrapped, and was given a brief for developing the rest of the series.

“I got approached by my manager because he knows that this kind of TV is important to me,” the showrunner recalls. ‘I don’t think there are many places you can do family drama without explosions! NBC has got a new show called The Story of Us, which seems like what I’m talking about and there has been Parenthood, Brothers and Sisters and Friday Night Lights. But we’re on Hallmark Channel so we’re trying to Hallmark that kind of show.”

During his career, Tinker has worked on procedurals including St Elsewhere, LA Law, Chicago Hope and Judging Amy, which he co-created. But Chesapeake Shores appealed to him in part because it has a more serialised story arc and because of the focal theme of the series – home.

“Everyone’s drama begins at home,” he explains. “Family is the basic unit of society and if that falls apart, the rest of society falls apart. It’s really a privilege to examine the family setup and how these folks are trying to grow up, release the pain they have suffered and come back together. It’s far from people whining about their childhoods; it’s about a family unit, a multigenerational household. They are all still there for one another in the best way family exists. I thought it was interesting to examine. It’s cathartic for me – I’m divorced and come from divorced parents and while I don’t blame one for the other, it does give me a place to start writing.”

While Tinker acknowledges the “huge readership” of Woods’ novels, he says the Hallmark series bears little resemblance to the author’s original stories. However, he says Woods, who has been reading scripts and watching dailies, “really feels the show embodies the spirit and ambition of the characters and the place she created, but she’s well aware of how TV operates and the subsequent constraints and the nature of TV storytelling.”

He continues: “She’s been wonderful. In each of her books there are major plot turns and big stories take place. This show is quieter when it comes to that. We made a choice early on to put character up front and story is done through emotion rather than action and plot. We do have story and we’ll probably amp that up in season two, but in this season we really get to know the characters, who decide whether they want to stay in this place.”

Joining the show after the two-hour pilot, Tinker had to overcome logistical problems created by the elapsed time between the feature and setting up the resultant series.

“The film was shot in three locations in Vancouver, which is impossible to do on a working basis,” he reveals, speaking to DQ from Vancouver Island, home to the city of Parksville, in and around which the first season is shot. Also weighing down Tinker’s in-tray was the issue of whether the original cast would return, but he says the biggest issue he faced was the direction of the series.

“At the centre of the movie is the relationship between Trace and Abby. We didn’t believe that was the full compass of the show – it’s about family as well,” he says. “In addition to telling their story, we have a lot of the O’Brien family and what they are going through.

“Episodes one to eight vary from the pilot. They are much bigger, much deeper. We have time in eight episodes to talk about people and what’s going on. Hallmark has really been great. They wanted to do something a bit different for people who might not watch otherwise – to maintain the current audience and get new viewers. It really is different.”

Another difficulty was pulling together a crew to bring the Chesapeake Shores to life, such is the popularity of Vancouver as a backdrop. It’s also the location for shows including The Flash, Arrow, iZombie, Once Upon a Time, Legends of Tomorrow, UnREAL, Dirk Gently’s Holistic Detective Agency, Ice, Lucifer, Supergirl and The Man in the High Castle.

“The crew was fantastic despite having 60-plus movies and TV shows shooting in Vancouver, but the cast is by far my favourite aspect of the show,” Tinker confesses. “I’ve worked with a lot of talented ensemble casts and this is another one. They are really great. On a show like this when all had family experiences, it’s wonderful to be able to collaborate.

“On a procedural, actors may not have had the experience of being a policeman or a doctor but everyone has had experience of being a son or daughter and it’s great to collaborate and work together. It’s quite gratifying for the writer to put something out there and have it come back better or in a way you didn’t expect. The cast is really going to attract attention.”

As showrunner, Tinker may be in charge but he says he likes to give his team plenty of room to do their jobs.

“I’m confident in people,” he says. “Martin Wood is a director I wanted to come on board and I made it clear I like to be in a partnership. My favourite way to run a show is to partner with a director so we come to the table with different skill sets. I also like to be collaborative – whether with casting, props or actors. It’s fun when you write a part for a 70-year-old white guy and the casting director brings in a six-foot Lebanese man. Sometimes it works, sometimes not but I love being surprised. You’re letting people do what they do and not making them feeling constrained.”

“I learned different skills from each of them,” he explains. “David Kelly is just a remarkable dynamo. When I worked for him, he could just crank out story. At one time he had three shows on the air and was the primary writer on each show. His take on something was very clear. It was just cool what he was writing.

“Tommy is a great thinker and a great writer. Milch is a guy who will spend three hours on a single sentence or a couple of days on a scene and he’s a layered emotional writer. And Bruce was instrumental in my life for more than 20 years. If I could write nearly as well as any one of them, I would be thankful.”

Ahead of the Chesapeake Shores’ debut, Tinker is already planning storylines for a second season, should it be renewed by Hallmark. “I would love folks to give it a chance and stick around,” he adds. “It’s unlike anything Hallmark is airing right now. I think we’re off to a great start and I hope we’re around for a long time.”