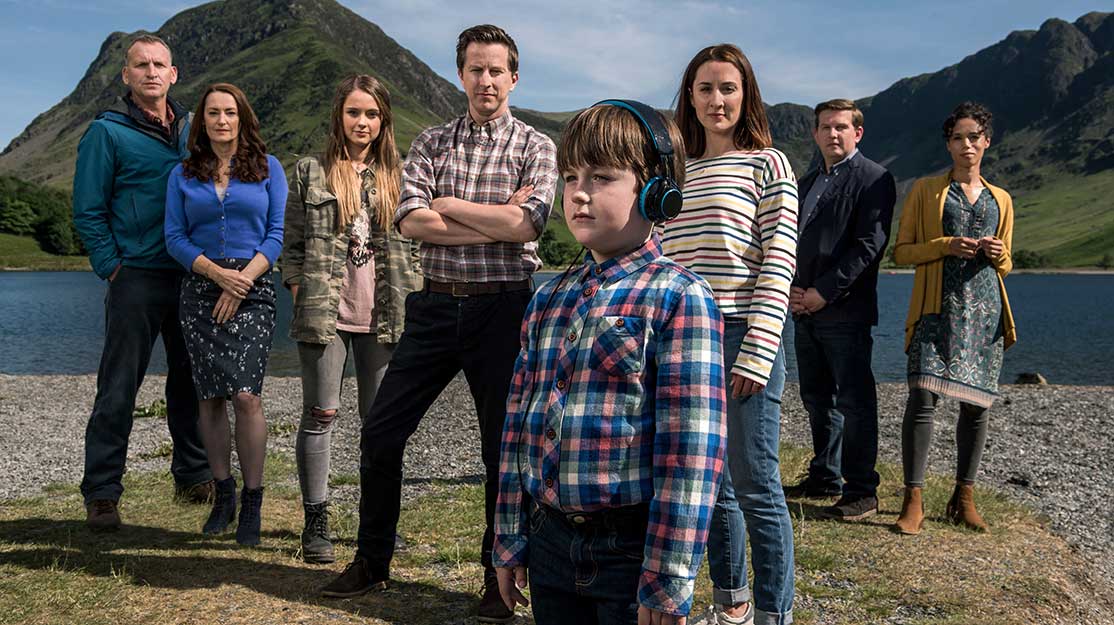 Howard Burch, creative director of scripted at prodco Keshet UK, looks at the challenge of repeating the success of hit drama The A Word with its forthcoming second season and discusses the development process behind the follow-up.

The first series of The A Word was a standout success, attracting a consolidated average audience of 5.5 million and a 22% share on BBC1 in 2016. It also aired on SundanceTV in the US, which is also the US broadcaster for season two.

What can one hope for with a second season of a successful show? That it expands on the original? That it whets the audience’s appetite for more? Maybe even that it is better than the first? Or simply that it doesn’t disappoint a loyal audience eager for more?

Produced by Fifty Fathoms and Keshet UK, and based on an original Israeli series by Keren Margalit called Yellow Peppers, The A Word is about a messy extended family living in the Lake District, whose youngest son, Joe, just happens to be on the autistic spectrum.

But in writer Peter Bowker’s assured hands, the drama is never issue-led or ‘about’ autism. Audiences flocked to it because it was warm, accessible and light-hearted – and with a great soundtrack to boot!

The second season, coming to BBC1 and SundanceTV this autumn, picks up on events two years on – and Joe, played by Max Vento, is changing. Now seven years old, he has begun to look at the world and finds that he doesn’t fit in. It revisits the funny, mixed-up lives of the Hughes and Scott families as they struggle to do their best as parents, carers and lovers… and to work out what’s really important in the face of nothing ever feeling normal.

Bowker explains: “‘Autistic’ is a word Joe has heard but can’t yet understand. ‘Different’ is what he feels, and fears it might be something bad. It’s up to the whole family to help Joe make sense of who he is and his place in the world. But to do that, they must first be honest about themselves.”

The team, including executive producers Patrick Spence, Marcus Wilson and producer Jenny Frayn, again consulted with various bodies such as the National Autism Society and Anna Kennedy Online to make sure the scripts feel authentic. But the series has never tried to be reflective of every experience of autism in the family. It tells the story of every family through the prism of one family struggling to come to terms with their son’s unexpected diagnosis.

“Peter Bowker has extensive experience of working with families with children with autism and was able to draw on this wealth of knowledge to create a detailed and truthful portrait of a family with a child with autism at its heart,” says producer Frayn. “As well as drawing on Peter’s experience, we also spoke to a number of organisations involved in autism, as well as parents of children with autism. We kept in touch with them after the first series aired and we were pleased by the support we received and the largely very positive feedback.”

For the first season, we filmed in Manchester and the Lake District, just as Storm Desmond brought record rainfall to the North West. For the second season, we were blessed with calmer conditions, partly because filming was pushed back to the spring and summer of 2017. “Although, the weather in the Lake District doesn’t follow the typical laws of the seasons,” notes Frayn. “We started filming in March with snow on the hilltops, and in June we faced torrential rain and high winds.

“We tried to film a fell-running festival with outdoor stalls, people in skimpy running gear and young children licking ice-creams as tents were being blown away and rain lashed the bouncy castle. The cast and crew were all real troopers about coping with the weather, but in the end we had to come back on a sunnier day and stage the fell-running festival all over again. It looked glorious.”

One of the ingredients new to this season is an even greater verisimilitude. “A brilliant illustration of this,” says Wilson, “was the sequence in the special school. We took Max and his on-screen parents Morven Christie and Lee Ingleby into a real special-school classroom to film Joe’s first day because we wanted to portray an authentic environment.

“Producer Jenny and location manager Gary Barnes liaised in detail to work out exactly how this could be achieved by integrating a small documentary-style crew into the classroom and letting real-life action unfold around our characters. We had to make sure we were incredibly sensitive to the needs of the class and teachers, making sure they were comfortable with the equipment and that lighting and sound and all the usual noises of a set were attuned to what the class could cope with.

“Director Sue Tully managed the set beautifully, whispering directions and capturing genuine moments. To ensure the families felt comfortable with what was shot, Jenny [showed footage] to parents and teachers and discussed what we were trying to achieve and whether they were confident about what was seen in each shot.”

The show has sold around the globe, via our distribution arm Keshet International, to countries including Canada, Australia, Finland, Iceland, Croatia, Slovenia, Sweden, Brazil and South Korea, as well as a second-window VoD rights deal to Amazon Prime Video in the US. The series is proving over and over again how relatable and important it is, perhaps because it just really resonates with people – we all have a family, and families all have challenges to overcome. So it’s with comfort and pride that we envisage more viewers around the world watching something so worthwhile.

Hopefully viewers will find this season an even deeper and more rewarding experience than the first. As with any returning series, the writers and creators know the actors they are writing for and can play to their strengths. But, crucially, both cast and crew have spent longer in each other’s company, and that feeling of being one big, unconventional and sometimes fractious but mostly harmonious family filters through in every scene.