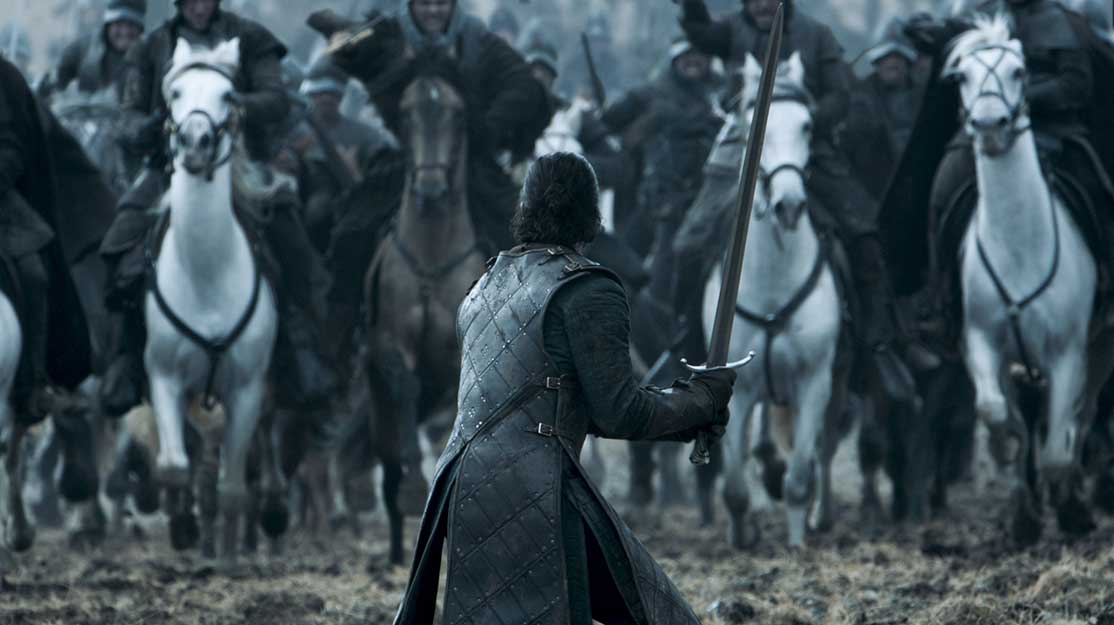 A farewell to kings

As HBO says goodbye to Game of Thrones for another year – and edges closer to the show’s end – it’s time for the storied network to look towards life after Westeros.

With the sixth season of Game of Thrones (GoT, pictured top) now concluded, rumours abound that the final two chapters of the fantasy drama may only run to a total of 13 episodes. It’s time for HBO to contemplate life after Westeros.

For HBO (and other channels that air the series, like Sky Atlantic in the UK), the prospect of saying goodbye to such a ratings juggernaut must be daunting, with thoughts of what – if anything – can take its place.

Succession, about a super-rich dynastic American family, and Somali-American drama Mogadishu, Minnesota could find less traction, as might historical miniseries Lewis & Clark and American Lion (starring Sean Penn as the seventh US president, Andrew Jackson), which might struggle outside the US.

Back in 2008, the UK’s Channel 4 played HBO’s other presidential biopic miniseries, John Adams, to critical praise but few viewers.

For Sky Atlantic, some of HBO’s more US-centric shows – such as public-housing drama Show Me a Hero, Olive Kitteridge, The Brink and the recently cancelled Vinyl – have failed to resonate with viewers.

Political dramas based on real-life events such as Game Change, Too Big To Fail and Recount have also struggled to connect with audiences outside the US, as have biopics You Don’t Know Jack (about assisted-suicide advocate Jack Kervorkian), Temple Grandin (the autistic inventor of the ‘hug box’) and Phil Spector (the famous The Beatles producer now in prison for murder).

So for Sky Atlantic, GoT is an essential part of its long-running deal with HBO, wisely beefed up earlier this year by a similar agreement with Showtime.

Returning to the show itself, its approaching end in 2018 has prompted inevitable speculation about a possible prequel, with two distinct possibilities.

Through the visions of the Three-Eyed Crow (played by Max Von Sydow) and other flashbacks, season six has already given us tantalising glimpses of King Robert’s rebellion against the Mad King Aerys Targaryen, including Ned Stark’s epic duel with Ser Arthur Dayne and Jamie Lannister’s slaying of Aerys.

For a GoT fan, the prospect of seeing the young (non-corpulent) Robert Baratheon and his deadly clash with Rhaegar Targaryen at the Ruby Ford must be enticing, as well as earlier incarnations of Tywin Lannister, Stannis Baratheon and Jon Arryn, the latter seen only as a corpse in the series.

Another possibility would be to adapt other work from GoT author George RR Martin. Novella series Tales of Dunk & Egg, set 90 years before the events of the books on which GoT is based, is somewhat lighter in tone. The stories provide further insights into the complicated world of Westeros and how the seeds of rebellion were planted decades before Robert Baratheon began his campaign to oust the Targaryens and avenge the ‘abduction’ of Lyanna Stark.

If so, will current showrunners David Benioff and DB Weiss be heavily involved, or will they take a backseat and explore other, non-Martin projects?

Furthermore, will the success of the show prompt HBO to develop works in similar territory? This is a risky path but one that may be worth treading, despite the inevitable comparisons to GoT.

After all, GoT started well but it only become a phenomenon in season three, a fact that may persuade HBO to persist with the long haul involved in commissioning another serious fantasy show.

Other networks’ attempts to exploit the success of GoT with dramas of a similar style have had varying levels of success.

History’s Vikings has carved out a distinct identity and proved a ratings winner, but others have paled in comparison, including The Bastard Executioner (FX), Beowulf (ITV/Esquire), The Last Kingdom (BBC2/BBC America), The White Queen (BBC1/STARZ) and ABC’s Of Kings & Prophets – all of which have failed to ignite the same interest as GoT.

Bernard Cornwell, who wrote the books on which The Last Kingdom is based, took a swipe at HBO’s fantasy behemoth in the Radio Times, saying of the show: “This is very, very dull. So they put a lot of naked women behind it all, they’re called ‘sex-planations’ in the trade. My programmes won’t need sex-planations.”

Sky and BBC1 are going back to the fantasy/sword-and-sorcery well, with The Last Dragonslayer and Troy: Fall of a City respectively, but industry expectations are currently not especially high for either show.

Long-gestating plans for a film followed by a TV series adaptation of Stephen King’s popular Dark Tower series of novels have now been abandoned solely in favour of a cycle of movies, with stars including Idris Elba and Matthew McConaughey attached.

There are also a number of serious fantasy novels in development as series; the trick for HBO will be to order something that shares some of GoT’s DNA without being a copycat. Perhaps a fresh take on a known property may do the trick.

Could there be mileage in looking at ‘classics’ of the fantasy genre that could benefit from a new HBO-style spin without the accusations of aping the GoT formula?

Possibly one of Robert E Howard’s characters Conan, Kull and Soloman Kane, or Edgar Rice Burroughs’ John Carter of Mars, which has a legion of fans despite the poorly received 2012 movie adaptation titled John Carter. Maybe even Michael Moorcock’s lesser-known Elric could also get a TV spin.

After all, Elric’s blade is referenced in GoT – when the obnoxious King Joffrey Baratheon is presented with a new sword at his wedding feast, he asks the crowd what should he name it, and someone shouts out “Stormbringer.”

For a more female-skewing audience, Ursula K Le Guin’s Wizard of Earthsea novels, which possess a unique aesthetic, clearly distinguishable from the world of GoT, could be worth a pop. Syfy’s 2005 miniseries did little justice to the books and was quickly forgotten.

To some minds, HBO’s Rome and Starz’s Spartacus acted as trailblazers for GoT – perhaps HBO will return to the apparently shelved remake of I Claudius.

With their dynastic blood-letting, perversion and intrigue, the time may well be ripe for a big-budget take on Robert Graves’ novels.