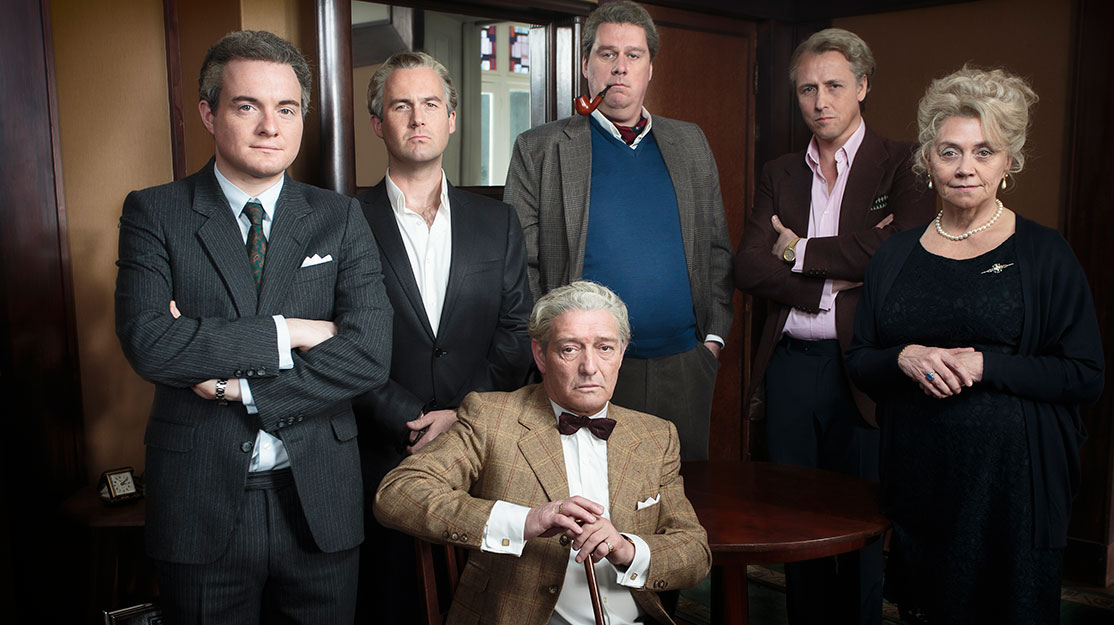 Laying down the law

The true story of a man who survived Auschwitz and went on to build a legal empire is the inspiration for Dutch drama De Maatschap (The Partnership). DQ hears from the writers and producers of the series to find out how they turned this real-life saga into a gripping thriller.

Fact meets fiction in Dutch drama De Maatschap (The Partnership), a four-part drama inspired by the true story of a family empire built by a man who chases success at any cost after surviving Auschwitz.

The story opens in 1945 when 18-year-old Matthias Meyer returns from the Nazi death camp. His entire family was murdered and his father’s shop ransacked. He receives shelter from a farmer, whose daughter Mieke helps nurse him back to health, and Mieke and Matthias go on to start a family together, raising four sons.

Matthias throws all his passion and energy into becoming a criminal defence lawyer, determined to stand up for society’s underdogs. His sons also become successful lawyers – thanks to their father’s influence – and, by the 1980s, the family has formed a criminal defence law firm, working together on many lucrative and high-profile cases.

However, the firm begins to lose huge sums of money as Matthias’s sons battle with the influence of criminal friends, fame and drug addiction, before Matthias himself suffers a stroke. Will he survive? And what will happen to the failing family business?

From prodco Dutch Mountain Film, the four-part drama was produced by Rene Huybrechtse and Wilant Boekelma, directed by Michiel van Jaarsveld and written by Alma Popeyus and Hein Schütz.

The show is distributed by Dutch Features Global Entertainment under the title Meyer’s Law.

The series, which was inspired by the true story of Max Moszkowicz and the legal empire he built with his family, aired on Dutch broadcaster NPO2 earlier this year.

What are the origins of the drama?
Alma Popeyus and Hein Schütz: The Partnership was inspired by the very well-known family of lawyer Max Moszkowicz in the Netherlands. He returned from Auschwitz in 1945, aged 17. All of his relatives were killed. He created a new family who built a legal empire of their own, an empire that was unprecedented in the Netherlands. He was the man who, in the second half of the last century, when crime became more drug-related, made the profession of criminal lawyer more commonplace and even sexy. All four of his sons followed in his professional footsteps, with varying degrees of success. It was only in the early 21st century, when a stroke put their father out of action, that things started to go wrong. At the moment, only one of the sons is still a lawyer; the other three have been kicked out of the profession for varying instances of professional misconduct.
When we began developing The Partnership, the once highly popular family was often [negatively] featured in the news. This drama intrigued us greatly – the rise and fall of this empire. How could a family rise so high and fall so far?

How would you describe your writing process?
Popeyus and Schütz: There is no single source [for the family’s story], such as a comprehensive biography, but the key facts are fairly well known. Together with an experienced researcher, we carried out extensive research into the family and its background. We read from many sources – books, press, internet items – and viewed many images. We also interviewed family friends and acquaintances, as well as two of Moszkowicz’s sons. Of the other two sons, one refused while the other would speak only if he could be given a say in the story – a condition we could not accept.
We conducted the research without prejudice, without looking from any particular predetermined angle. The series’ main theme emerged naturally: in the relationship between the patriarch and his sons, the father’s war experiences were found to play a key role. That became the guiding principle for the dramatisation of the conflicting relationship between a brilliant and authoritative but also severely traumatised father, his wife and their four growing boys. In terms of facts, the substance of the series generally lies in actual events – yet there is no scene in The Partnership that actually occurred exactly as presented in the film. The psychology of the characters is our interpretation and is, therefore, fictional. To emphasise the fact that this was not an exact imitation of real people and events, the names have been changed.
For Dutch viewers, the people and events that inspired The Partnership are easily recognisable. But the enthusiasm of the audience at the January’s FIPA [Festival International de Programmes Audiovisuels] screening, who had no prior knowledge of the family, was apparent – a drama about family intrigue and living with trauma has general validity and recognition.

How did you create the style and tone of the series?
Popeyus and Schütz: The Partnership covers a period of more than 50 years. In the background, a visibly changing social climate plays a role. Period drama is expensive and the series was initially intended for a relatively small market – a public broadcaster in a relatively small language – with a corresponding budget.
To recall the era, therefore, we decided not to go for major staging. Instead, it lies in the small, significant details. The psychological drama must depend on top-quality acting [the series has a Dutch/Flemish cast] with an emphasis on confrontation in the dialogue, which has its own style. After all, it is about a family of erudite lawyers with their own style.
The Partnership is told from the perspective of the characters, and with compassion, but without getting rid of the viciousness. Many hilarious moments are shown within the serious themes of the underlying confrontations among the family and with the outside world.

What did the show demand from its actors?
Wilant Boekelman and René Huybrechtse: For this series it was essential that the actors at their weakest points were still relatable for the audience. Too much misery creates distance, and to really notice the hardships the main characters suffer, we need to get close to them.

What were the biggest challenges in producing the series?
Boekelman and Huybrechtse: The budget and getting the art direction historically accurate is always a problem, but a drama will only work if you believe the characters and want to go with them. That’s the biggest challenge and for a high-budget series like this one, which is exactly the same as it would be for any low-budget production.

Where does your show fit into the drama landscape in the Netherlands and how is the industry changing?
Boekelman and Huybrechtse: Each year in Holland, three or four relatively high-budget series, striving for artistic quality, are produced. This is one of them.